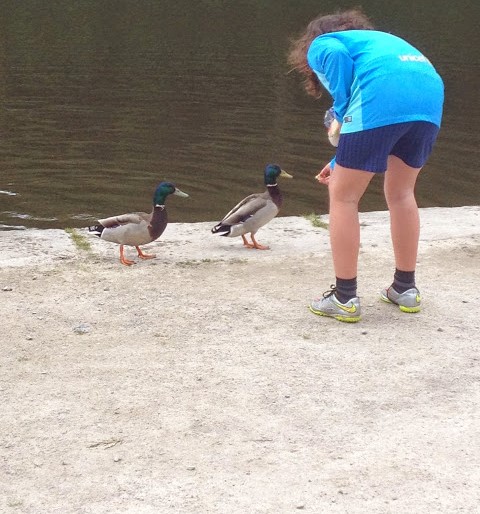 It was bound to happen, sooner or later.

Some of you may remember an infamous incident from a few years ago. I came home from work one Friday afternoon to be told by Zac that the playroom was not for watching tv, it was for exercising, and we were all going to get healthy. We duly went off to cricket practice, and I forgot all about it. Later on, as I was tucking him up for the night, he reiterated his earlier comment. “Remember, there’s to be no tv in the playroom, its for exercise.” By the time I got downstairs I had again forgotten all about it, but when I tried to turn on the tv there was nothing. I looked around the back and all of the plugs had been removed from the sockets. Puzzling, but no cause for concern. So, I plugged them all back in and tried again. This time there was life, but not as we know it. The LCD screen had a huge crack, like a lightning bolt, down the middle. There was only one suspect. “Zac, what have you done?” “Nothing,” “If you don’t tell me now it will only make it worse.” “It was the Wii’s fault. It said that I had died, and I hadn’t, so I hit it.” His cunning plan to have us avoid the television until we had literally forgotten it even existed was foiled, and it led to him being grounded for a month.

Earlier this week he casually said to Sally, “We never use that big television in the pool room. Should we swop it for mine?” A short investigation later revealed the real reason behind his suggestion. A game of FIFA had been ruined by the inept Karim Benzema, a frequent object of Zac’s wrath, and this time it was fatal. The familiar crack was much more widespread, and the grounding will be of a similar duration, which of course includes no XBox (or Ipad), and he will have to pay for a new tv. Suspect he might already have an eBay account!

And whilst on the subject of Zac, we come to Ask Zac, our hopefully regular feature. Sally and Helen are off to Benidorm, and they have been given the option to upgrade from half board to all inclusive for 30 Euros, so they decided to Ask Zac. “Does it mean you can have two lunches?” he questioned. “Yes.” “Then its worth it.” I suspect that he missed the point of what all inclusive would mean for Sally and Helen.

The silver car saga shows no real signs of letting up, except that Sally has sourced a white car as a potential replacement. This is something called a Kia Sportage (pronounced in a rather French way). I should find out tomorrow if the return of the Clio, the scrapping of the Duster and the purchase of the Sportage go as clockwork. I suspect not.

I completed the press release for The Raven this week, and it seems to have been well received. Next up its the artwork for the posters and flyers, and then finally we can begin rehearsals. In the meantime, I have been asked (invited?) to contribute to the Leek Blues & Americana Festival. This was great fun last year, and I thoroughly recommend the event that takes place over the first weekend in October. Early next week I will be interviewing Paul Lamb of the Kingsnakes fame. He also had a hit in the 80s in conjunction with Pete Waterman. Promises to be an interesting one.

Cycling has been eventful this week. On Monday I did a circuit of Buxworth as far as the Paper Mill to pick up a bag, then yesterday I headed to Marple, getting just short of bridge 24 that is being replaced. This should have been completed within 3 weeks from 4th May, and legally the towpath should have been reopened, but the chaps struggling to sink in structures to reinforce the bank didn’t look they would be interested in a debate. Today I stuck to the canal to Buxworth, accompanied by Zac who now needs to find alternative entertainment. It could be an opportunity to get fit for the new football season, but a chocolate ice cream probably put paid to that. 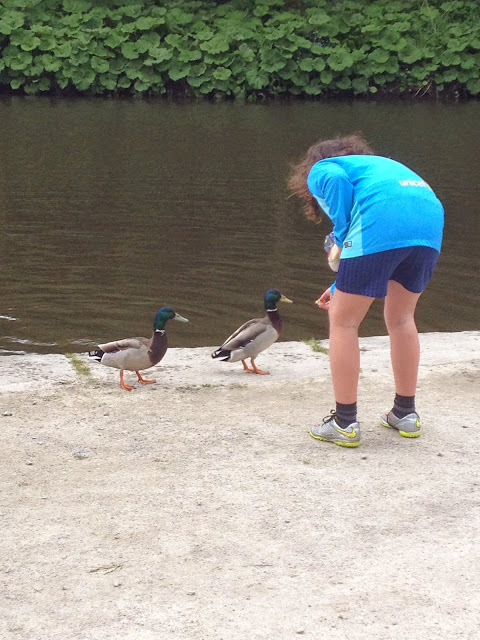 Zac in his quest for alternative entertainment

The perils of playing cricket in the cold weather at Buxton came to bear last night. More news on the WBCC website, but Zac actually stuck out his hand to field a ball that had been smashed toward the boundary, preventing a certain four. It clearly hurt, a lot, and I would love some of the second team to be as brave. I asked him about it afterwards, assuring him that it was a really good stop, and his reply was very encouraging. “Would have been better if I had caught it.”

It seems like everyone is on a diet, which isn’t good when you are trying to experiment with recipes for MMM…No2…Cookbook. To be fair, the chocolate digestives don’t seem to last long, but I might need some help getting rid of chicken chorizo and prawn paella, chorizo and sweet potato papads, and home made mini Danish pastries!