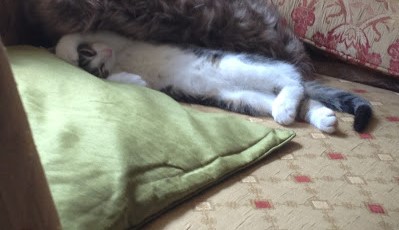 Its been a very quiet week! Possibly something to do with Zac going off to Whitehall with his class. This was a traumatic experience, with many of the parents welling up as their little boys and girls prepared to leave them for three whole nights. Some of us actually rejoiced! And the kids themselves didn’t seem bothered at all. But I will let you into a little secret. They are all due to come back tomorrow, but by that time Sally will be in Benidorm. So, she has been given special permission to pay Zac a little visit tonight. Now, if I was Zac I would be mortified, and the only way he can save face with his pals is if Sally turns up with chips, cakes chocolates, etc that Zac would have to smuggle into the dorm. Of course, Zac being Zac he would have to add a mark up to the goodies! Anyway, I am sure he can expect the biggest baddest Lego set that Benidorm has to offer when Sally returns on Sunday. Do Lego do mobility scooters? Or character figures dressed as drag queens?

What a dreadful accident at Alton Towers this week, but I am not surprised. When The Smiler opened it was the latest big attraction, but it had constant problems. It even left 16 journalists stranded in mid air! The first time we visited after it opened the monorail ride was filled with adverts for The Smiler, but when we got to the gate the ride was closed. This happened on our next visit too! I complained to Alton Towers, and they gave me a pass for up to 4 tickets for £10 each. Next time I went we got to ride The Smiler, but not before it broke down just as we were about to board. And when I finally got to go on it – well it wasn’t all that! Its not even the best ride at Alton Towers (Air or Nemesis in my opinion). There must be ten better rides in Busch Gardens alone, and it doesn’t come close to The Hulk in Universal’s Islands Of Adventure, which may well be where we are spending Halloween this year. Scary! Anyway, back to Alton Towers, and I really hope they scrap The Smiler and replace it with a more reliable coaster that is proven elsewhere. Don’t really see the point of Alton Towers trying to be the biggest and the first for anything, as compared to US parks it is miles behind. And whilst they are at it they can get rid of Hex too! And Nemesis Sub-Terra.

Took my bike in for repair – no rush as I am still laid up with a suspected torn cartilage – and opted for two puncture proof tyres. These are almost £30 each, but if they prevent me spending a tenner every fortnight they will soon pay for themselves. Watch this space.

Its the Leek Blues & Americana Festival in October, and I’ve volunteered to get involved. First up was an interview with Paul Lamb, of Paul Lamb & The Kingsnakes fame. Fascinating and really nice guy, originally from Blyth but now living in London. He has played with Mark Knopfler, The Who and many other great names from inside and outside the blues, and he had a top 30 hit in the 90s with Harmonica Man, thanks to Pete Waterman. Thinking of organising a trip to the festival, probably on Sunday 4th October, as the Drugstore Cowboys are playing. If anyone is interested they can message me.

And what of Sapphire? Well, he has been to the vet for his second injection, and was very well behaved, unlike his behaviour at home.

He has now discovered that he can tip eggs out of the egg basket, and when they land on the floor they break open. The insides are rather tasty, and the shell makes an interesting toy.

So that’s my quiet week – Zac is back tomorrow and I suspect the next edition will be full of his tales.