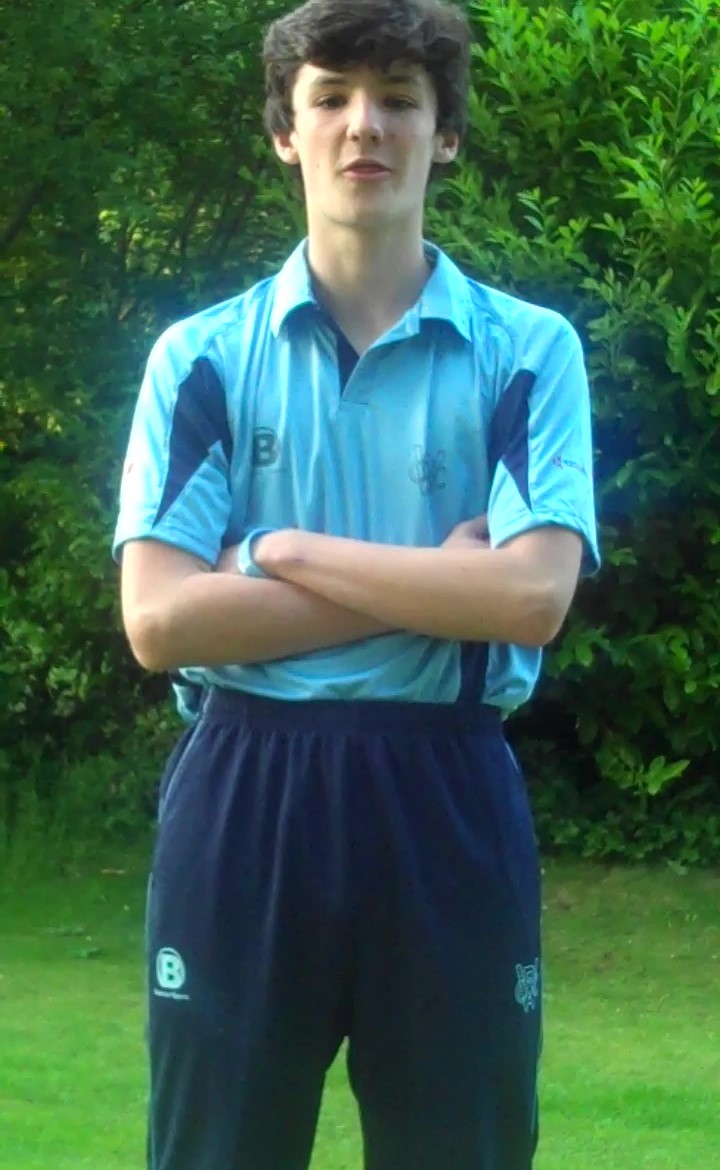 That is probably how Chuck Berry would describe Zac’s rounders final at Chapel, however, Zac told it a bit differently. ‘We needed half a rounder to tie and one to win. There was one ball to go and I was batting. And I smashed it. We wouldn’t have won if it wasn’t for me.’ Not much point in telling Zac there’s no ‘I’ in ‘Team’!

And whilst on the subject of Zac he watched the first contenders get knocked out of First Class Chefs, a sort of Disney version of Masterchef. An interview with the eliminated chef revealed “I’m just glad to have got this far,” which Zac found rather amusing. “Its the first show of the first round. How can they be glad to get this far – they’ve not got past the first round?” I though about explaining that there were probably a lot of qualifiers before the actual tv shows, but it would have been a waste of time. Zac has no time for losers.

Ole finally surfaced for more than ten minutes earlier this week, and we managed to record his player profile for the Whaley Warriors T20 U19 squad. His nickname seems to have caused some amusement – but we’ve not seen the other profiles yet!

Ole was up much earlier than normal today as he started his new job at Tomson’s. He gets picked up at 4.40am two days a week and works seven hours packing orders, eyeing potatoes and peeling onions. He was a bit grouchy this afternoon – we will see how quickly he adapts to this new lifestyle when he returns next Wednesday.

Cycling took me to Buxworth yesterday, and I stopped off at the Navigation for a coffee. It was quite good. £1.90 for a Rijo Americano, served in a decent sized mug. It was sunny outside, but the seating area feels a bit closed in down from the car park. Today I returned to Marple and the Ring O’ Bells. I was considerably later so I knew that it would be open, but the coffee was in a disappointingly small cup, and for £2.00 it tasted a bit better than Nescafe, but not much. There are many pleasant places to sit and pass the time in Marple, and the Ring O’ Bells is not really one of them. It has the feel of sitting in a pub yard, though if you crane your neck towards the railings you can just about spot the canal! I will be looking for somewhere different next week. Any suggestions?

Keep it quiet – we get Sky Fibre Broadband tomorrow. Yes, Whaley Bridge has reached the 21st century, and I’m expecting my line speed to increase from between 5 and 10 up to 38-40.

Had a complaint about the blog this morning – so I removed a name and I’ve not heard anything more. The blog post in question certainly drew a lot of readers, and you know what they say – there’s no such thing as bad publicity! I suspect the Prom Bitch may put in more appearances too!

Those who know me know that I am a Domestic God, and yesterday I completed a pile of ironing that I then distributed to the boys to each put their own away. This morning Zac emerged wearing one of Ole’s Chapel High School shirts, claiming he couldn’t find any of his own Taxal ones. It was too late to argue, so that’s how he went off to school. A short time later I found the reason that he could not find any of his Taxal shirts, they were still in the huge pile of his ironing that he had left in the middle of his bedroom floor. On the positive side, Zac proudly wore the Chapel shirt on the way home, happily deceiving the other pupils into thinking that he is already a high school kid.

I am in the process of updating the blog to make it easier to follow, ensuring that you never miss a post! Check for additional buttons on the right hand side.