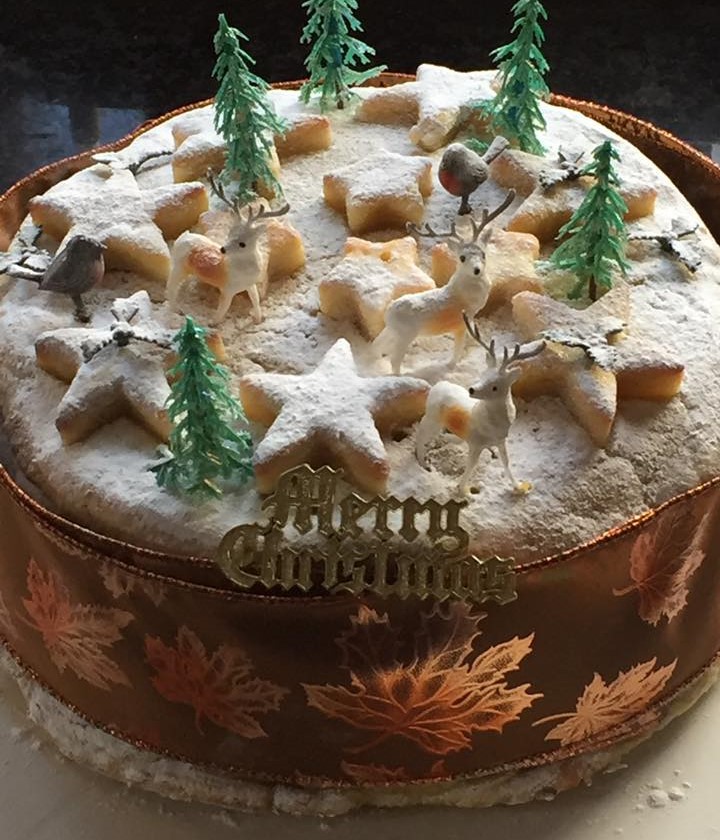 Don’t Blame Me – Its Christmas

Steadily got used to putting weight down on my left foot, but there’s always a temptation to do more. I also managed to cut down on painkillers. For a few days I have been down to just 2 paracetamol at bedtime and two in the night. Now I have stopped them altogether. Not always comfortable – but at least now if I do something I shouldn’t the pain will tell me about it. This morning (Boxing Day) in a Lazarusesque moment I discarded one of my crutches and attempted to put 50% weight through my left leg. It was iffy at first, but eventually I achieved it, even going so far as descending the stairs, making two cups of coffee and carrying them back up again, without spilling a drop.

So, well on the way to recovery, but still taking it in small steps. In a week’s time I should be able to put full weight through it, then it is a question of getting back to regular activities such as driving and cycling. However, I still have nagging doubts as stabs of pain sneak into the outside of the knee, and remaining upright for long periods of time is still quite uncomfortable.

Two strange things have happened in the last week or so, and both of them in bed. In the first incident I was woken up by a crutch moving from its leaning position and hitting me across my arm. Quite disturbing in the middle of the night, but perhaps it was just a breeze that caused it to lean a bit too far.

Anyway, a few days later I again woke in the middle of the night, this time as the bedside lamp fell onto my shoulder. Its not the heaviest of bedside lamps, but I have no idea what would have made it topple. Perhaps we have a poltergeist. There have been no further incidents, but I will certainly let you know if any other paranormal activity occurs.

Two days before Christmas we went shopping. I’ve not been out of the house much, and I had work to do, but Sally thought it would do me good to get out of the house for a short time. Now, to me shopping is a science, that should under no circumstances be undertaken without a list, and preferably one that runs in roughly the same order as the supermarket shelves. For Sally, shopping is more of an abstract concept. She knows we need stuff, but she kind of relies on Tesco to tell us exactly what it is that we need, by way of regaling us with special offers. That probably explains why we have around 8 giant jars of coffee in the cupboard at home, with additional supplies arriving every time Tesco say BOGOF. At the time of the expedition I was still not particularly mobile, so I tended to stand by the trolley and point with my crutch. I gave her a ‘request’ to get some Tictacs and cranberry sauce, and off she went. She returned with grapes, which we already have enough of with more on the way from Tomson’s, and a multitude of dips, most of which are still sat in the fridge, rapidly approaching their expiry date. Tictacs? Nope. Cranberry sauce? Haven’t we already got some of that? That’s another ‘No’ then! I estimated that we needed about £80 worth of shopping. I was less than surprised when Sally’s adventures through the Looking Glass took the total to almost double that, and we still needed Tictacs and cranberry sauce!

Christmas Day is always an exciting one, and even when the kids aren’t opening presents they are content to overindulge with a variety of chocolate. Zac started the day with a packet of chocolate buttons, followed by a chocolate filled crepe and half of a chocolate Santa. As he prepared to launch into a giant bar of Cadbury’s Dairy Milk we called a halt, pointing out just how much chocolate he had consumed. Zac, of course, had an answer. ‘Don’t blame me, its Christmas!’

Ole was very pleased with his Bear Grylls style flint, but he got a bit frustrated with it. He was sat amongst a huge pile of discarded wrapping paper, moaning that as he struck the two parts together nothing happened. At that point a huge spark flew into the wrapping paper, which fortunately did not catch fire. I guess it does work after all!

After a day of 50% weight bearing things are not going well. The discomfort is turning to pain, and I might just have to resume painkillers. Then again, I have not really had too much to drink whilst I have been on crutches. Perhaps that is the problem!