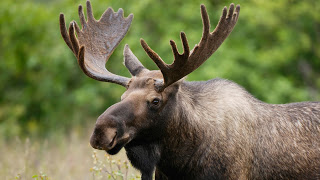 Its raining, its snowing, it must be the cricket season. First match, as is tradition, was cancelled due to no one having done anything, metaphorically or physically, to their ground. The league, in their infinite wisdom, decided to make this a cup match. So, the cup match is now the second Sunday in May. Its hard enough to get players to play twice when the season is in full swing. Second Sunday in May? Forget it. And the league also decided that some teams would get byes in the first round of the cup. This is normal practice, so that subsequent rounds can diminish participants in a logical and equitable manner until we reach the final. But that would be too easy. Incidentally, I say ‘we’ in the collective sense, certainly not just in the context of Whaley Bridge Cricket Club. So the second round also has some byes in it. With the proviso that the teams that got byes in the first round can’t have byes in the second round. With it so far? Well, the second week of fixtures were league matches, and again there was a question of the weather. There was a vote as to whether all games should be called off. The result was 12-12. Hang on – there are only 23 clubs. It turned out that Compstall had voted twice. Bizarrely, they had voted once for and once against, allegedly! (I was not at the meeting, but two separate sources who were have suggested this). This time the league decided to go ahead, and so we embarked upon a scramble for players the like of which we haven’t seen since, well, actually the last time we had to put a side out. It doesn’t get any easier. What was a surprise was that the rag tag and bobtail outfit that we took to new boys Stalybridge St Paul came away with the points. Yours truly scored 60, and is mightily grateful that this week’s fixtures have been rained / snowed off – yes I’m still aching. Ivan hit 51, Colin Wild rolled back the years to take 4-9 in 12 overs, Gareth Hill (remember him?) chipped in with 2 wickets, as did our 2 junior representatives Will Weston and Jack Kitchin. The future is bright…The firsts had a bit of a setback with a crushing defeat at home to Hawk Green.
The cricket club were honoured to host the beacon to commemorate the Queen’s 90th birthday. We stocked up the shop, spent quite some time amending the sell by dates on last year’s crisps and chocolate (only joking!), and lit a bonfire that could be seen for miles. We also destroyed a large portion of the plastic guttering around the tackle shed close to where the bonfire was lit!
Welcome to a new season at Whaley Bridge Cricket Club!
Zac decided that he would like to try out rounders as an after school activity, and he persuaded his friend Mackie to join him. It is perhaps as well that he did this, as Mackie and Zac were the only boys in attendance. Zac had a definite opinion on this, ‘If Mackie wasn’t there I would have been the only boy, and that would have been a disaster’. Next week he has switched to cricket.
He also got a detention for not taking any stuff in to food tech. The previous week he took stuff for flapjacks which raised two issues. Firstly, he took the flapjack stuff in on the wrong day, and secondly they were making cheese and onion pastries. He hasn’t burnt any pans yet (as Sally did again this week whilst preparing that most complicated of grains, rice), but this can only be a matter of time. Anyway, the detention was an ordeal, as he had to pick up a multitude of threads that the sewing class had dropped. To make matters worse, there was a class in progress during his incarceration. ‘They got good juice and biscuits, and I wasn’t allowed to have any’. A lesson in life? I suspect not.

Regular readers will recall that Sally opened a packet of popcorn recently and found that it was nothing more than air. This week her box of compensatory goodies arrived. ‘Hardly a year’s supply,’ she complained, though I don’t think that was ever the deal. There was, of course, some popcorn, as well as Tyrell’s vegetable crisps (just don’t go there). Zac, however, was more interested in the airbags that were packed to ensure the goods remained undamaged. Wasn’t that the problem in the first place?

Sally came home yesterday waxing lyrically about the deer in the field a stone’s throw from our house. She then said that must be what Zac was on about when he said he had seen a moose. From there the conversation went downhill.
Sally, ‘Zac, that wasn’t a moose in the field, it was a deer’
Zac, ‘I didn’t say I saw a moose. I said I saw a yak’
Sally, ‘Well it wasn’t a yak it was a deer’
Zac, ‘It was a yak when I saw it’ 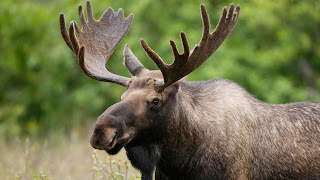 Have you seen one of these in Whaley Bridge? 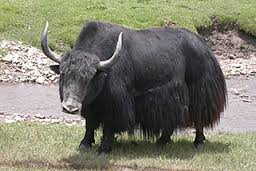 Or maybe it was one of these?

This had the potential to go on for ages, so I decided to take a look for myself. I cycled that way this morning and saw no moose, no yaks, and no deer. I did see some horses under the trees, and from a distance it could be said that the branches above their heads looked like antlers. The case is not yet closed!

Last night I picked up Sally and Helen and gave Hell Dog a lift home to Chinley. They were clearly pissed. Sally spotted an unusual pattern in the sky…

I turned the music up. A lot.

The Creole Cake has had its first feed, with two tablespoons of Cointreau drizzled into it. Another three weeks until the official tasting. Book early!

Yesterday was home made pizza day. A bit of a faff, but well worth it in the end, and the combination of pineapple and jalapeno is quite mouthwatering.