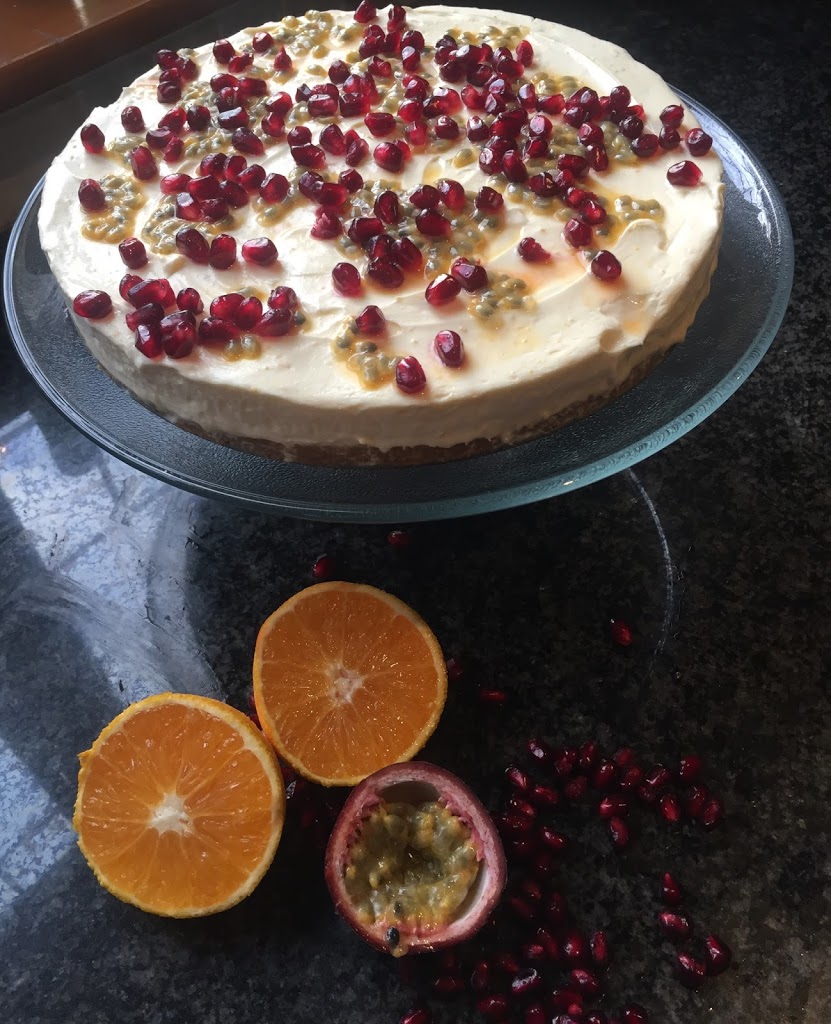 “The time has come,” the Walrus said,
“To talk of many things:
Of shoes and ships and sealing wax
Of cabbages and kings.”

…and there are genuinely a cabbage and a king in this edition.

First, the king. The king of New Orleans, the king of Boogie Woogie piano. Fats Domino sadly passed away recently, and I can say that I was privileged to meet the great man on one memorable occasion.

It was in Sheffield when he topped the bill that also contained Chuck Berry and Little Richard. Fats had to cut short his appearance due to ill health, and as we knew his drummer, Ernest Fontenot, we went backstage to meet the band. Fats was in his dressing room surrounded by management, but Ernest ushered us in. It was a surreal moment to meet this superstar sat in front of his star mirror and clearly ill at ease with himself. Sally, being a nurse, asked to see his medication, and there was a lot. She warned that some of what he was taking would be ineffective when taken with other stuff that he was taking. She urged him to go to the hospital. His management said he just needed a rest and would be ok in the morning. He asked my opinion, so I told him that if we left it was clear that his management company would not take him, so it was probably best that he got checked out. So, we went to Sheffield general hospital and that proved to be the end of the tour. Fats survived another 22 years, and maybe in part due to our intervention (see report below). He was really grateful that Sally took him in to the hospital and spoke in medical terms to the doctors and nurses, whilst we hung out in his stretch limo!

A couple of years later we were due to meet him again, but shortly after our arrival in The Big Easy he suffered a family bereavement, so we had to content ourselves with a treasured snapshot outside his house. 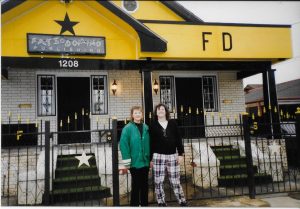 Its been a busy time in the kitchen, with gingerbread biscuits, flapjacks, chocolate digestives and orange cheesecake with a pomegranate and passion fruit medley. Sally has been busily snapping these as they could all end up in the upcoming and illustrated Mmm…No2…Cookbook. 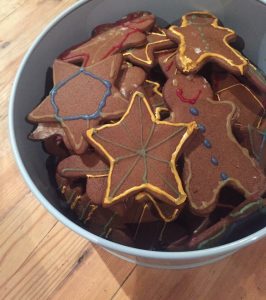 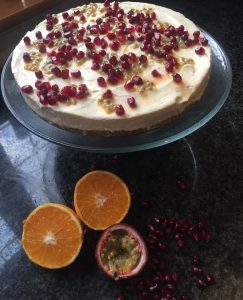 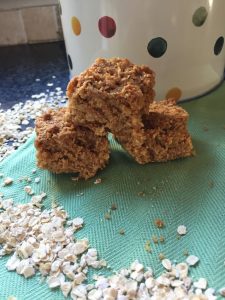 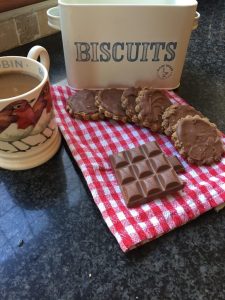 Of course, with kids about you have to take steps to hide the sweet treats. This rascal was caught red-handed! 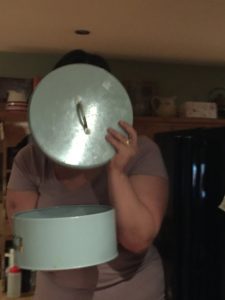 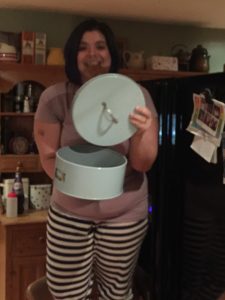 Another great success has been sweetcorn relish. Commonly found on kebabs, this is a much healthier and very tasty version, with a bit of a chilli kick! 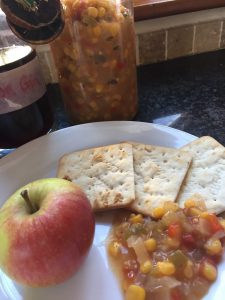 Ole has had a few problems at college, and it all began with a trip to Leeds.

There then followed a brief pause.

“Its still the same – but Bruce said he did it on the app. I’ll download the app.”

There was another brief pause.

“It’s still the same. Should I ring them?”
“No. If that’s the price then that’s what you will have to pay.”

There was another brief pause.

The transaction went through and off he went. A day or so later I checked his account (believe me, if I didn’t check it he would soon be penniless). There was the Trainline transaction, but it was for £29. I realised what had happened.

“You’ve paid for your Leeds trip twice.”
“How do you know?”
“I’m a dad. That’s my job.”
“What should I do?”
“Well you should go to the train station to get a refund. They might refund it as it is obvious that you did it by accident.”

Fortunately, Northern Rail must be used to dealing with teenagers who really shouldn’t be allowed out on their own, and they refunded the full £14.50,

Next up it was time for Ole to return home. He even managed to bring his washing with him. Bruce hadn’t gone home, but he was the victim of one of Ole’s pranks, as evidenced by Ole laughing down the phone at him. Ole explained what happened.

“I hid a cabbage amongst his clothes. He’s just found it.”
“What were you doing with a cabbage?”
“I thought it was a lettuce when I bought it. I don’t like cabbages so I hid it in Bruce’s clothes.

Autumn can be a miserable time, filled with wet weather, wet leaves and increasing darkness. However, there is always Halloween. Lots of people don’t get it, and are even resentful of the American influence that brightens up this dire time. Well I love it. If I had time I would build my own scary maze in the garden. We’ve already got holograms that are projected onto the garage wall. That might explain why we don’t get many visitors. Anyway, its also an excuse to roll out the pumpkins. There’s the carving of course, but there’s also pumpkin pie (with a new ginger biscuit base), and pumpkin soup. I tried pumpkin muffins again, and they weren’t great. I remember trying them once before and they weren’t great then either, Maybe its time to move on! 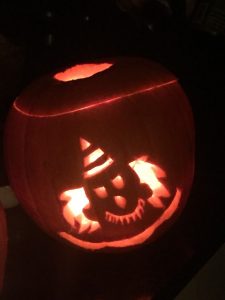 Another great tradition at this time of year is Bonfire Night. Ole looked at the space between the garage and the railway line, and it took him more than a moment to realise that the garden shed had gone missing. It was rotting away, so I dismantled it and made what is possibly the best bonfire ever! 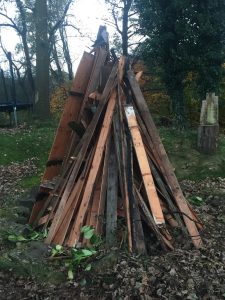 Despite the rain it went up a treat. 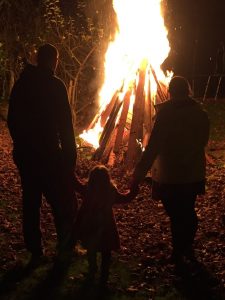 I ran a second promotion on Elvis Under The Covers, and it made the top 100 of all free Kindle books, it hit number 4 of all free non-fiction books, and it reached number 1 in the free music books category. Taylor Swift must have been looking up enviously! 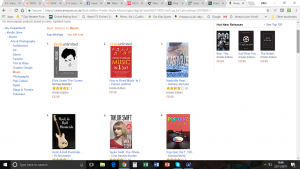 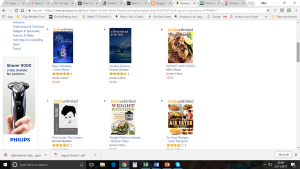 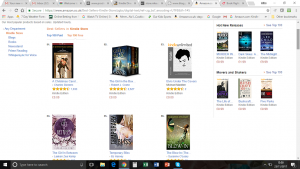 Not got yours yet? Its free for another day or so!
Elvis Under The Covers
Incidentally, I now have a guinea pig to read The History Of Zombies. Still need a couple more – its aimed at young teens, so if you have one who likes reading, or who likes zombies, let me know and I will send you a PDF copy.
Zac had a great time with his mates at the Extreme Escape room in Disley. And it gave Sally and myself the chance to try a few cocktails at Frankie’s. Very relaxing, despite a phone call in the first few minutes as one of them had been in the room before and was giving all the clues away!
Perhaps 14 is a bit too young to concentrate on a task for 90 minutes – but the pictures are well worth seeing! 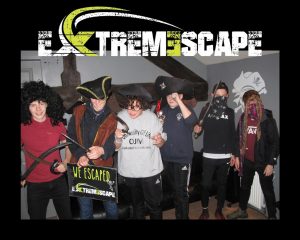 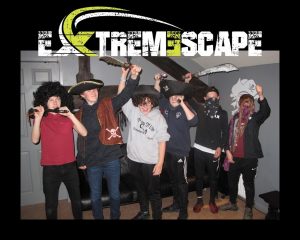 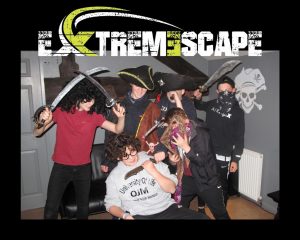 And speaking of Zac, not much to report recently, well except that one occasion when he went quiet. He was supposed to be upstairs keeping an eye on the bath that he was filling. Unfortunately his X-Box game demanded more attention, and we only suspected that something might be wrong when we saw water dripping from the ceiling downstairs. It seemed quite serious and Zac was given a stiff talking too. Sally scolded him and said that Ole had done the same thing a few years earlier. That perked him up again as he asked, ‘Was my flood worse than Ole’s?’

Had some fun in Manchester over the last few weeks, with three sets of students from MMU working on my projects. The first is a continuation of last year’s project to build a tool that detects broken websites. The second is to rebuild the ill-fated Tideswell Male Voice Choir’s website, and the third is to create an automatic cookie policy generator, a tool that will be particularly useful when the GDPR comes into force in 2018! I will let you know how they get on – it could be a busy few months.

Our latest Sunday lunch was at The Swan in Kettleshulme, and as expected it was the best yet. Roast beef that just fell apart, and a good selection of vegetables. The gravy was a little thin, but they would probably thicken it up if we had asked. Be warned, the chocolate torte is extremely intense!

Last Thursday was Thanksgiving, another great American tradition that hasn’t caught on over here. However, it is an excuse to meet up with friends and catch three consecutive NFL games. So, after a business meeting in central London I checked into an Airbnb apartment in Soho. Much more spacious than an equivalent hotel room, and better value. I headed for the Haymarket and Riley’s Sports Bar, and their coffee machine was broken. So, I had my first pint at 5.30pm, with 10 hours of football ahead. Nachos and wings were the order of the day, and several more beers and vodka. We finished off at the casino, having virtually missed the third game, but we watched some cricket instead. Then there was the trek through the seedier parts of Soho to get back, and it made me wonder why there are still adult video shops? They must be a front for something else! So I got to bed around 4, and was up and on my way home by 10. Am I getting too old for this? Well it only took 2 Anadin and a bottle of Lucozade to get me home, so I’m looking forward to a similar event during the play offs!

Finally, we were rudely awoken by a loud screeching the other night. Suspecting foul play or an attack on our cat, Sally leapt out of bed and went to the rear window. Nothing, She went to the front window. Still nothing. So, she closed all the doors so that if the noise continued we would not be able to hear it. An hour or so later I was half asleep when I got up for work. To be honest, I don’t really wake up until I’m at least an hour into my car journey! Anyway, I was in the bathroom and there was that noise again. Only this time it was clear where it was coming from. At 6am, Sally had her laptop open playing clips of a barn owl. She conclusively decided that it was a barn owl that we had heard in the night and not, as I suspected, a screech owl. I made a mental note to try to catch up on my sleep at some point!