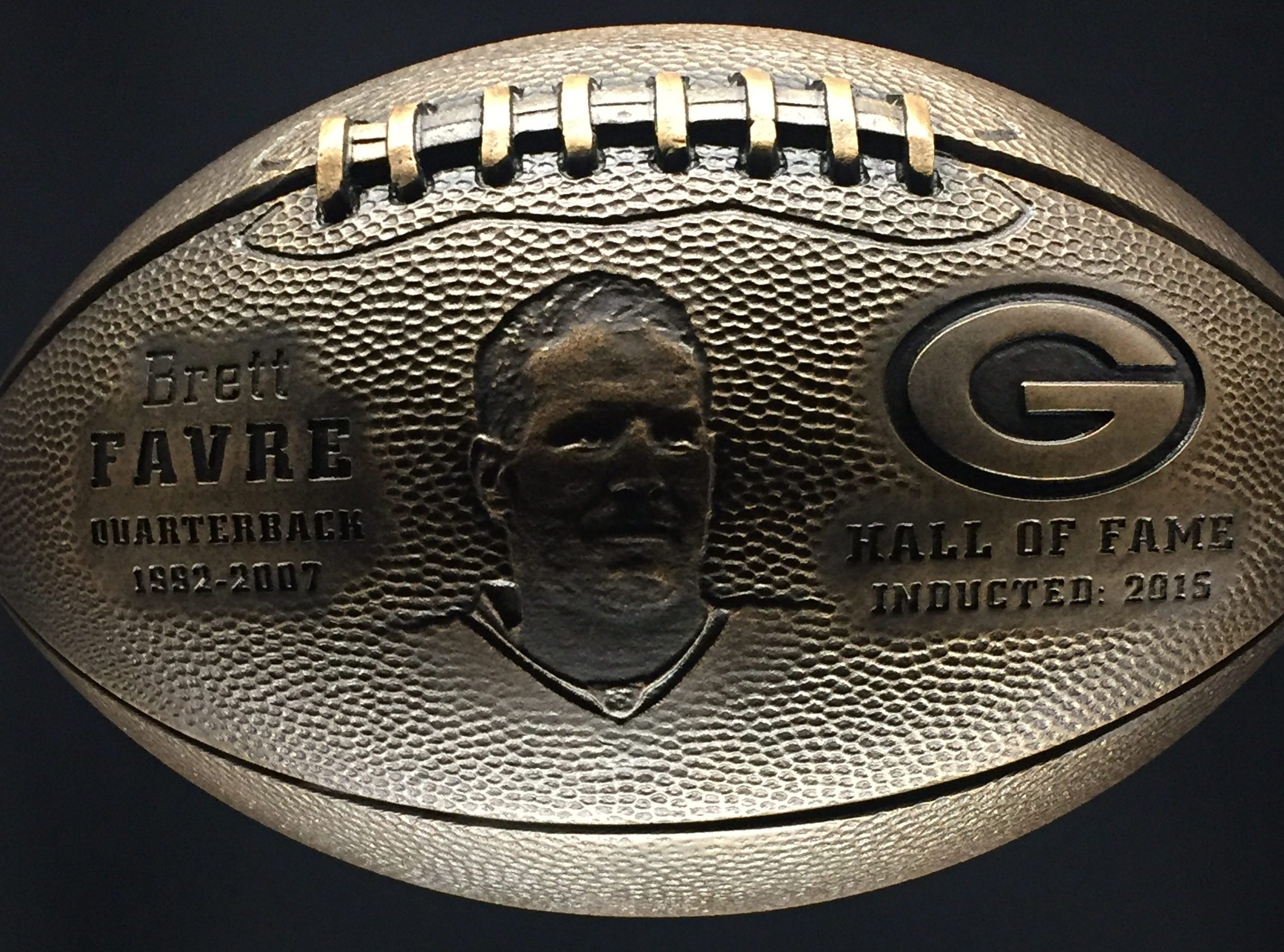 I can’t recall the last time Week One games were not described as a Wild Weekend, and although this year certainly produced some wild games, there was in some respects a sense of disappointment.

I avoid predicting Week One because there are so many unknowns. Many starters, and particularly quarterbacks, have not played a single snap of the irrelevant pre-season, and free agents have not had the time to bed in. How will Randall Cobb do as a Cowboy? And what about Jadeveon Clowney as a Seahawk. How will Le’Veon Bell perform with the Jets, and what impact will that other notable ex-Steeler Antonio Brown have on the silver and black? Well, lets hold that last thought!

So, let’s go through the results.

I would have predicted this, partly through a belief that Mitch Trubisky and the Bears in general cannot repeat last season, and partly because of a bias towards the Pack. Week 2 will be interesting to see if the Packers D is as good as it seemed, or if it was just the ineptness of the Bears that allowed them to dominate.

I had the Rams to win this but by more than 3. The question has to be asked, is Cam Newton past his best? Will he recover from another injury? Todd Gurley also has a question mark hanging over him, as last year’s automatic “first touchdown scorer” now finds himself as sharing the load with Malcolm Brown.

So we come to a disappointment. The disappointment that everyone bought in to the Browns hype, forgetting one important fact; it’s the Browns! I had the Browns by at least a TD. Their ability to implode has certainly not gone away as their early promise was blown away by Derrick Henry. The Titans look slightly above average – which may be enough to win their division.

An easy one to pick. Mahomes continues to rack up the points, but they also concede a lot. The Jaguars just about had their season ruined by an injury to Foles, but of more concern, as the Chiefs are a genuine Superbowl contender, could be the injury to Tyreek Hill.

Another disappointment. I could see the Ravens winning, but I thought the Fins would cover the spread. Now, what kind of spread will they be able to cover? They travel to New England next, I would be comfortable with a 40 or 50 point handicap! As for the Ravens, they were impressive, but it was like men against boys and they will face tougher tests. Rumours of unrest in the Dolphins camp all adds up to there only being 31 real teams in the NFL this season.

I had the Falcons covering the spread, thinking that they would do ok in a dome. Disappointing, and they are a long way from being a contender. Dalvin Cook is a great weapon to be returning for the Vikings, but I cannot see past the less than stellar Kirk Cousins at quarterback.

Trying to come up with positives for these two! I guess they both have to play the Dolphins twice. Jets let a lead slip, Bills were brave enough to come back but it was only against the Jets. Remains to be seen if Bell can revive the Jets.

It started so well for the Skins, and I thought they were being written off too soon. They will cause some problems to a few this year but still can’t see them being better than 8-8. As for the Eagles, they shook off the rust just in time and eased to a win which was much needed in a tough division.

The shock of losing Andrew Luck to retirement soon disappeared as the Colts gave the play off contending Chargers a fright. It will be a tough ask for the Colts to be consistent this year, whilst the Chargers need Melvin Gordon back in a hurry.

Almost a major shock on the cards, and despite the injury to AJ Green I did think the Bengals would be at least an 8-8 team this year. Their D seems to have stepped up, although that may have been helped by the Seahawks early season rustiness.

The Lions were cruising against the hapless Cards and after three quarters this was drifting into a no contest. Then Kyler Murray showed everyone why he is the number one draft pick. The Lions will want to forget, especially in a division with the Packers, Vikings and Bears, as you have to think this was a must-win game. As for the Cards, will Murray’s performance be carried forward? With weapons such as Johnson and Fitzgerald there must be a chance.

I thought that the Giants would keep this close, and at the start of the game it seemed to be going to plan. Eli Manning must surely be on borrowed time, as Daniel Jones prowls the sidelines. The Cowboys impressed, but this was only the Giants D. Elliott will get more game time as the season progresses, and it should be an interesting battle between them and the Eagles for the divisional title. The Giants would be nothing without Saquon Barkley!

Another long season ahead for the Bucs, but I don’t see many highlights for the 49ers either. Two 7-9 or worse franchises.

Antonio Brown restricted his appearances to sitting in piles of money, but the well-oiled Patriots machine clicked into gear like it was the fifth quarter of the Superbowl. White, Gordon, Dorsett, Edelman, the list of game changers goes on. The only hope for the rest of the AFC is that they have peaked too early. The Steelers must be worried. Everyone gave them a chance here, given that it was the start of the season, they had cleared out the disruptive influences of Brown and Bell, and Patriots are often vulnerable early in the season. However, the talent of Brown and Bell is hard to replace. Could be a long season ahead for the Steelers.

I must admit, I wrote all of the above without seeing this game, and I thought the Saints would cover the spread easily. This game was undoubtedly the pick of the week, and showed that the Saints will definitely be play off contenders, and the Texans might just get there too. The Saints D reverted to their bad old ways until a dramatic turnaround late in the game, whilst the Texans all round game was impressive though they still lost.

I thought the Broncos would win this one, but not with a great deal of confidence. That’s what you get for relying on a declining Joe Flacco! The Raiders often flatter to deceive, but they often flop too. When the dust settles they will struggle to get to 8-8.

Patriots at Dolphins
Patriots by 50
Just what the Dolphins need! There is often a bounce back after a heavy defeat, but I just can’t see it. Patriots eclipse the Ravens winning margin by one!

49ers at Bengals
Bengals by 7
Bengals did well to get within one of the Seahawks, now they can get the win against a 49ers team relying on the dubious talents of Jimmy Garoppolo.

Seahawks at Steelers
Seahawks by 2
I expect a reaction from the Steelers at home, but the Seahawks will have blown the cobwebs away after an unconvincing home win. Expect better from Russell Wilson.

Chiefs at Raiders
Chiefs by 17
Mahomes again bags plenty of points – would have been more but for the injury to Hill.

Bears at Broncos
Broncos by 3
Mile High proves just the tonic for the Broncos as the Bears suffer back to back defeats and a crisis of confidence.

Saints at Rams
Rams by 1
This is really a coin toss – but if the Saints D has a lapse like they did last week I expect the Rams to punish them more. However, ruling out Brees at any stage would be foolish. Saints in Game Of The Week again!

Eagles at Falcons
Falcons by 3
Falcons much more comfortable at home and just about have enough to see off the Eagles. Expect a bigger output from Freeman.

Browns at Jets
Jets by 3
Le’Veon Bell could have a big say here, but Mayfield could finally get it together for a late win. I am going for home field advantage.