A Nightmare On Walters Wood

Its not as easy as it looks this blogging malarkey! So says Clive Ashton. His first post ended up on Google + so I rescued the errant narrative and placed it on his blog. Next he said it had just disappeared, but he had simply saved it as a draft rather than publishing it. Now, finally, it looks like he’s got the hang of it. Its a very entertaining read – I recommend it!

Sunday was a very busy day. The previous Friday the cast had all finished their exams, so it seemed like the ideal time for a run through of The Raven. Hollie came over and worked on the makeup with Neve, whilst Alex was busy contributing ideas for The Zombie. They had all done lots of research and preparation. Unfortunately, Ole and Callum, the main characters, had done no such prep, and struggled with many of the words that Poe uses to set the scene and describe the loneliness of lost love. Hoping for another much better run through on Thursday when we will have access to the Pauper’s Pit. We discussed props too. The big stuff is being created by Andrew Crankshaw, and there is incidental stuff such as candelabra etc which we have in abundance. Then there is the tricky stuff, like blood, intestines etc. I got some cobweb spray and ageing spray for effect, but the blood and guts seemed rather expensive. Then I read on Youtube about home made varieties. I will post the results on here!

And speaking of home made varieties, we had a wonderful fishy barbecue last night, with swordfish, smoked cod loin, tuna, prawns and scallops. Of course, Zac would not eat any of that, and not to be outdone he decided to do some home cooking. I went in the kitchen and noticed the scales on the side, as well as a box of cup cake mixture that Sally bought some time ago. “Where is the mould for cakes?” he asked, and I told him. At this point we were unsure just what he was up to, and closer inspection revealed a cup with a broken egg in it, lots of chocolate powder, and some rather runny batter. “I lost some of the mixture so I put chocolate powder in it instead,” he explained. I turned the oven on and transferred the cup cakes to a bigger mould, as the liquid was about to spill over the sides. As they baked he made the icing. At first the butter and icing sugar were just in lumps, but I showed him how to beat them together briskly, and he soon got the hang of it. Next it was the cocktail stick test, and he tried it three times before deciding that they were ‘done’. He allowed them to cool and then spread the slightly thin icing over the top, Finally, he covered them in chocolate curls and they were done. Not a bad effort, and virually all his own work. What would you rather eat – Zac’s cup cakes or Sally’s rhubarb? 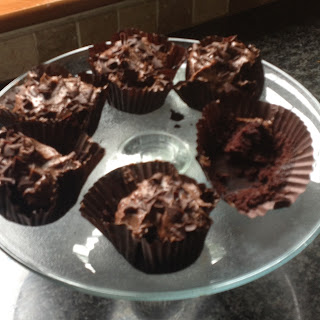 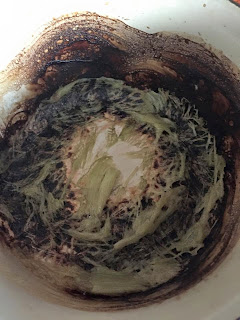 We have just had a portaloo delivered, a stark reminder of the horror that is about to unfold as we host Friday’s after prom party. Still, I am sure it will be a wholesome and safe affair, won’t it? A disco dome? Didn’t we have a lot of injuries in that for Zac’s 8th birthday? Surely 15/16 year olds will be even more boisterous? A snow machine? They will be slipping and sliding everywhere. A disco dome and a snow cannon? Have we got a mobile hospital? Still, we have insisted that they can only bring beer if their parents have agreed to it. What do you mean Helen’s making vodka jellies? I don’t remember that being explained to the parents.

I wanted to lay out some ground rules, such as, “You break any of my stuff and I break you” or “You affect my satellite coverage and I will make a new dish out of your skin”, but apparently this is frowned upon. It has been suggested that police tape is used to stop access to certain areas, but can’t we just get them in the disco dome and police tape it up?

At least everyone will be around on Saturday morning to clear up, right? Well actually, no. Sally is off on a helicopter ride, probably timed so that she can see the full extent of the destruction from the air.

I thought we had the start of a white car saga yesterday, but it seems that the white stickers on the rear doors are for protection and standard issue on Sportages. Not convinced, but I’ll go with it for now. Incidentally, the Courtesy Clio should be picked up this evening, bringing an end to the whole sorry Dacia saga.

Cricket was a real thriller on Saturday, with the seconds chasing 154 to win. At 98-8 it didn’t seem likely as I joined Ethan Williams at the crease. We started slowly, picked up the pace, and eventually smashed our way to a fantastic and long overdue victory. Very encouraging stuff from Ethan, one of our more promising youngsters, and from Ben Stones who hit 34. All of this faith in youth is finally beginning to pay off. So why was I in at 10? Well, despite assurances from my doctor, I was definitely not ok to play a full game of cricket, and after about 15 overs I was hobbling around on one leg. Anyway, I took my torn cartilage to the physio on Monday, a very nice lady called Carolyn Edwards based above the pet shop in Whaley, and she said that she thought I didn’t have a torn cartilage. It was more likely to be an arthritic flare, so she gave me some ultrasound, advised anti-inflammatories and paracetamol, an updated set of insoles, and come back next week!

Its a good job I don’t gossip, because if I did the appearance of Darren Crompton at Sunday’s selection meeting could have generated pages and pages! For now, though, his escapades should calm down, at least for a few days.

And finally, Ask Zac. On Friday it was the annual football presentation at Whaley Bowling Club. Sarah Heyes was looking for Sally, and as she couldn’t find her she decided to Ask Zac.