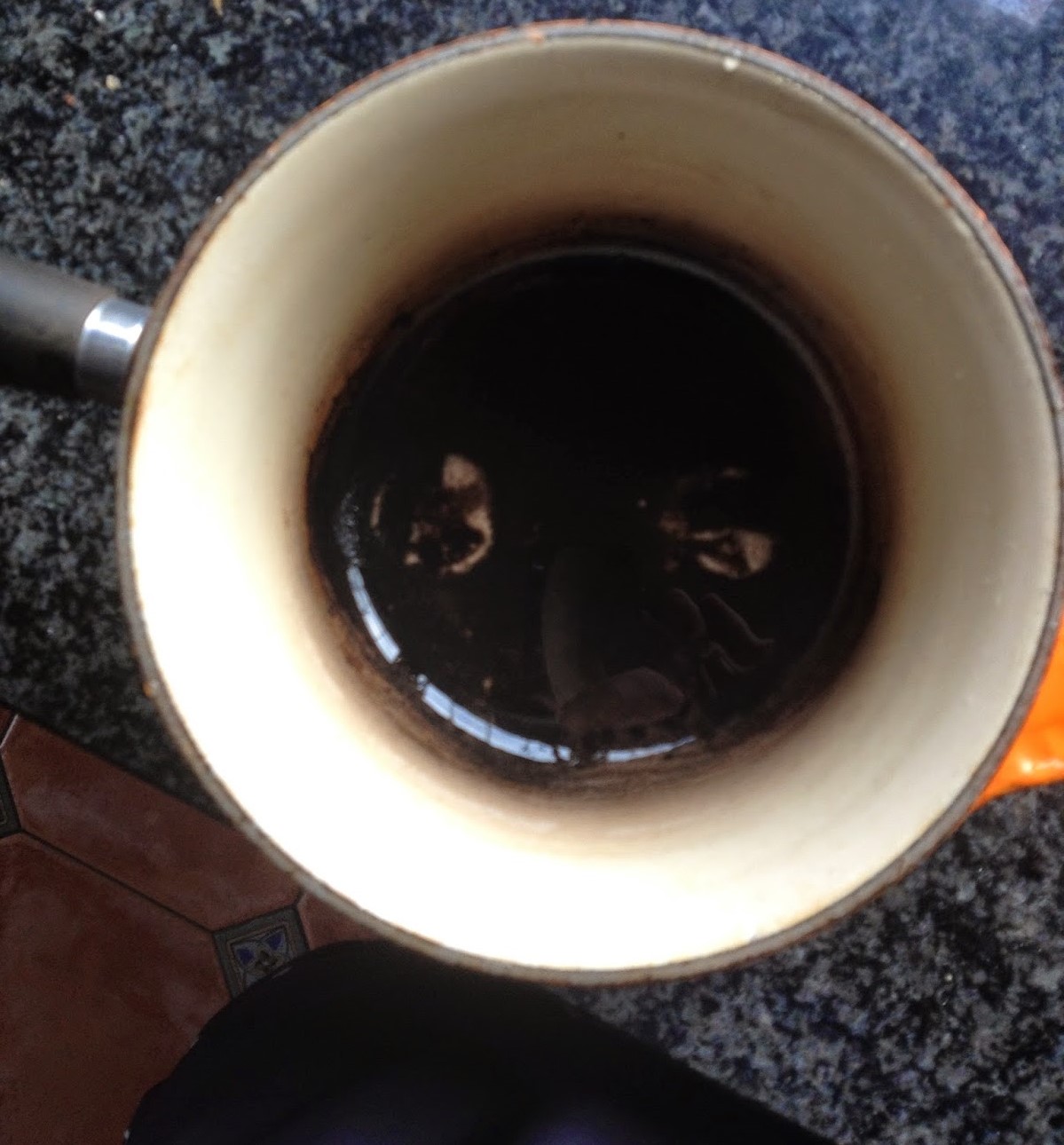 Pretty Maids All In A Row

It was a quieter weekend than expected. Sherry Friday went off without too much incident, and then Saturday saw a mammoth shopping trip to Tesco.

The “Big Pan” was getting its first outing of the year – with chilli on the menu. Having spent almost entire afternoons chopping vegetables in the past, I opted for the frozen variety – so there was only the chillies themselves that needed any prep, and I was done in time to watch Zac’s under 11s suffer a routine 5-0 defeat.

Grand National time, and to be honest it doesn’t excite me as much as it used to back in the days of Corbiere, West Tip, and Red Rum. Sally was expecting a houseful of friends round to watch the race before Jools’ 50th birthday celebrations, but it didn’t really happen, so after watching The Druids Nephew fall when leading and Soll run out of steam, I loaded up the car and headed for The Shepherds.

The Big Pan has not been seen since October, but it has been safely stored in a shed along with some fragile bay trees, but there did appear to be a small area of a clear sticky substance, that I can only assume is the sap from one of the bay trees, trickling down the surface. Anyway, some scaldingly hot water cleared that up, and I set to work.

Mince, chilli powder, fresh chillies, garlic, onions, seasoning, peppers, carrots, and then copious amounts of kidney beans, baked beans and tinned tomatoes. It was an hour in the making, and about half an hour in the selling. the boys from Hawksbury Upton showed their appreciation, and then moved on. In a magazine entitled ‘How to feed a hungry cricket team after making them wait until they would eat a scabby horse’ it got five star reviews!

I declined a trip to The Cock where the 50th birthday was in full swing, and headed home to watch The Masters.

The following day started with a cycle to Tesco along a path normally reserved for walkers. Two piles of horseshit blocked the way – what do horseriders think is going to happen to that? Fortunately I steered around it – perhaps they should think about carrying bags in the same way that dog owners have to. Horses are not bears, that quite commonly and famously shit in the woods. They are essentially domesticated animals, and if they shit in public places their rider / owner should clean up after them. Next time I see one crapping in the road I will give it a nice loud beep of the horn to remind them.

Anyway, I got back safely and made another pot of chilli, this one with chicken. Really must get around to penning Mmm…No2…Cookbook.

Nerves were jangling – it was time to head off to Old Trafford for the Derby. We travelled in comfort in Sally’s Range Rover Sport, mine is still poorly in the clutch area, and of course the result put us in a happy mood for the return journey. But this blog is not about football – so let’s get to the Pretty Maids (see title).

I got home to find the stove laden with pans, Sally had been making Sunday dinner. Just what the doctor ordered, but then I smelled a rat. Not literally, I mean, her cooking’s not that bad, well actually I will let you be the judge of that. There was a tray of sausages and roast potatoes cooked from the freezer, and the frozen theme continued with sprouts and green beans. The carrots may well have been done from fresh, but the piece de resistance, the centrepiece of this traditional mouthwatering gastronomic occasion, was a frozen Holland’s steak & kidney pudding. I’m not keen on them, and I wondered what the dark liquid was that it was sitting in – but more of that later. For now I assembled a plate of cooked chicken, reheated the veg and tucked in. Ole had started his new job washing up at the Beehive, so I had to clear up, and then I made an interesting discovery. Le Creuset proudly offer a lifetime guarantee on their cookware, but they had obviously not encountered a culinary disaster zone like Sally.

This is the pan that contained the pudding… 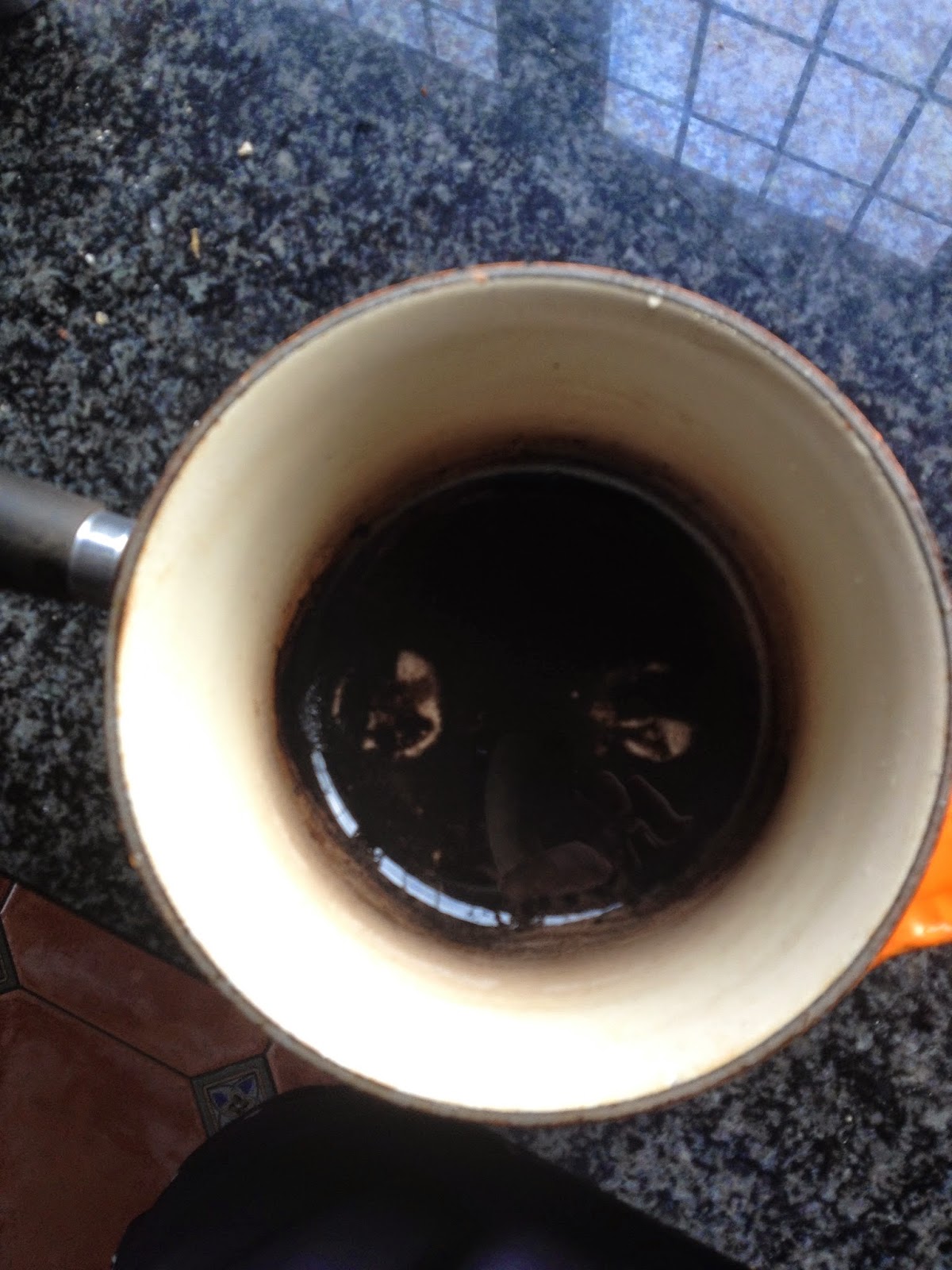 The black bit is burnt enamel, Have you any idea how hot the pan has to get to make it that colour? No? Neither have I. But it certainly has to have been left unattended for quite some time.

To be fair we have had the pans for quite some time, though certainly not a lifetime, and this is not the first one that Sally has ruined. I suppose the question is ‘How long is a lifetime?’ If you are one of Sally’s pans then not very long at all! Now, we are not exactly short of pans. In fact we bought these beauties quite recently. 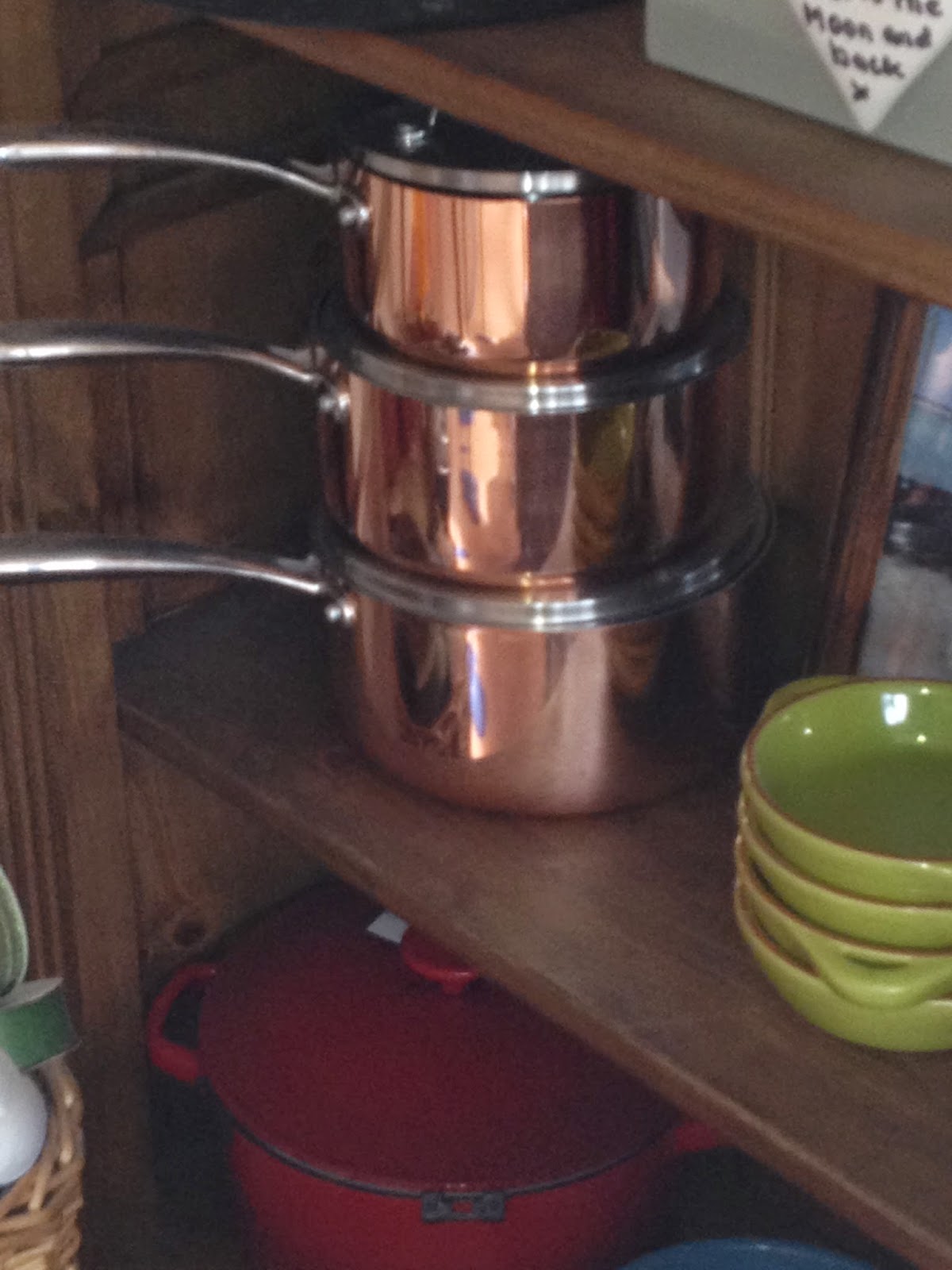 You will have noticed the pristine condition, and that is because these are just for show, certainly not to be cooked in. And whilst we are on the subject of kitchenware, over the years we have collected an assortment of glasses. What I didn’t realise was that there is a glass hierarchy. There are big chunky ones that get rolled out when the kids have got friends round. These are for water, juice, lemonade, etc. Then there are the fancy kind. These are sometimes tinted, sometimes patterned, sometimes plain but regal, and these are frequently used for lemonade, juice, water etc. There are two main shelves in the cupboard for glasses. The lower class ones sit subserviently at the bottom, waiting for a grubby little hand to lift them out and fill them with a brightly coloured liquid no doubt laden with E numbers. The ones above sit proudly awaiting a genteel set of fingers to caress them and place them on the table , where a darker coloured cordial laden with possibly more E numbers will be splashed over their insides. And as of yesterday, whilst the hoi palloi of the bottom shelf can muster in any old ramshackle way, I was unequivocally informed that those on the top must now be displayed in neat little rows. Mary, Mary, quite contrary, FFS!