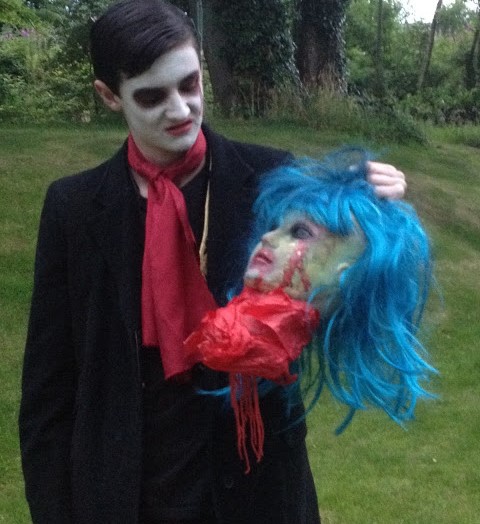 Here’s a funny thing. Remember the Rusty Duster? Well Dacia have written to me several times asking for my opinion of the car, how its performing, etc. Finally, I have decided to respond. I told them it was a rusting pile of crap and I rejected it. I also told them that the fact that they were unaware of this as evidenced by numerous surveys dropping through my door clearly showed that their customer service is about as good as their cars. Finally, I told them that if they continue to pester me I will invoice them £100 handling fee for each envelope that I have to open. Not heard from them since!

Its that time of year, and for Zac that time of year is bigger than normal. He transitions from Taxal to Chapel School, and his final school report was an entertaining read. Apparently he treads a fine line between informality and good manners. In the part that he had to fill in himself he claimed to have become more truthful. Is this the same Zac that wanted to swap the television in his room for the one in the garage because it was bigger (obviously nothing to do with him breaking his own tv!)?

Zac made his debut for the Under 13s recently, and took a wicket in his first over. With the bat he manged to score 14 and help the side to their second victory of the season. Garry Mason kindly provided the season’s stats, which show Zac at the top of the bowling averages. I think I will keep them to myself for now. Playing for the Under 13s was a big cricketing ambition for Zac, and tonight he fulfilled another when he hit a six at Buxworth. It was accompanied by a fist pump, and he now wants to play cricket for the entire winter to be ready for next year’s Under 13s.

Not to be outdone, big brother Ole played for the Whaley Warriors and starred in the field. Two very good catches and a run out, but he needs to be careful. Fielding like that could well find him in the first team.

The same day as the Whaley Warriors saw the opening night of The Raven. Having watched every run through and corrected every mistake I found it excruciating, but the audience enjoyed it and the cast and crew went home happy. Two more shows were played in front of packed houses, with the young cast gaining in confidence and introducing their own nuances. By the end of the final show we were all glad it was over, happy that we had done a great job. Special mention to Andrew, Caroline and especially Hollie Crankshaw who provided spectacular makeup, to Amanda Neal for her direction, and to Elliot Pickering, a very impressive young man who is a wizard with sound and lighting. So much so that when I had to take over on the final night he had made it so easy that even I couldn’t get it wrong! Watch out for a recording of the final show on Youtube. Next year…well maybe, who knows? Rocky’s Rock & Roll Diner could well be brought to life. Just got to write the script and a dozen songs! 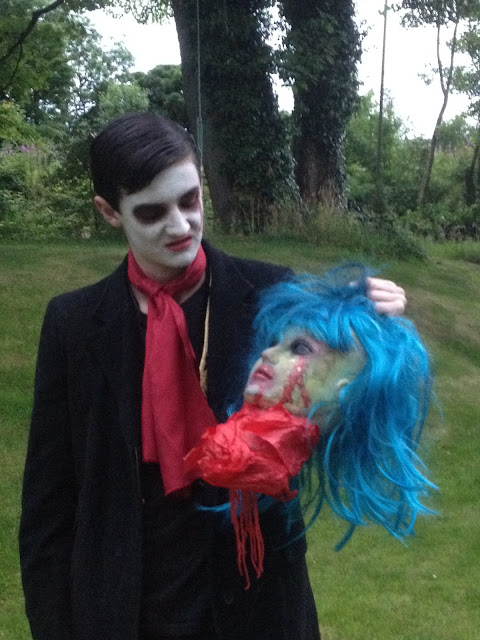 I’ve often wondered what the difference is between salt, sea salt, cracked salt, kosher salt, etc. Ive always wondered whether it was just a fad. Anyway, Zac was at the chippy and when asked ‘would you like salt & vinegar?’ he declined, insisting that the salt and vinegar at home was far superior.

Super mum came to the rescue for the last night of the prom at Taxal, and the result is below. By the end of the night the tie had gone and for some reason the comment ‘like father, like son’ seems to be prevalent! 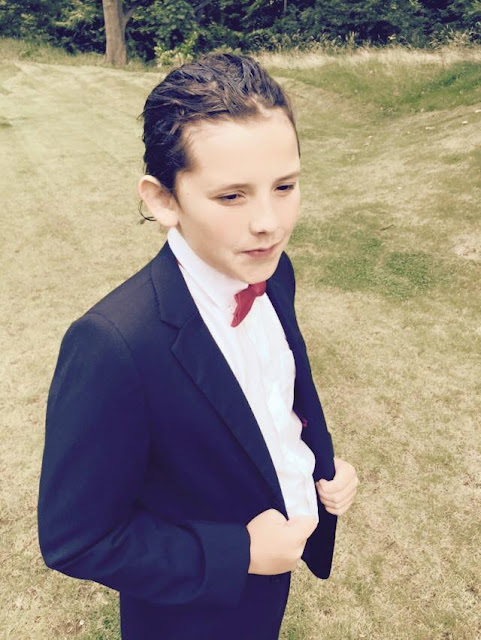 Zac seems to be getting his own back in the Ask Zac section. His first question is…’What is beyond space?’ Answers on a postcard.

The Nottingham traffic came back to bite me this week, with two homeward journeys bordering on two hours. With the school holidays just starting I am sincerely hoping that they were a temporary aberration!

Not good news from the knee consultant. He has offered three solutions. Firstly, a course of Ostenil. This is hyaluronic acid, and I have had it before. Its not the worst thing in the world, but I am dubious about the benefits and BUPA will only cover one course. Secondly, a knee brace from Ossur UK, This is supposed to have immediate benefits, and at £500 it really ought to! Finally, there is an osteotomy. Is that keyhole? I asked. Oh no. Its 2-4 days in hospital and 6 weeks plus on crutches before recuperation can start. If all else fails its a knee replacement. I bought a new pair of trainers today – I’ll see if they make a difference first!

I must admit, cycling to Marple today was a little painful, and it seems to be spreading to my right knee which is starting to feel the strain of my left knee giving up the ghost. Only seven more cricket matches to get through and then its decision time!

Marple was quite pleasant when I got there. Spent a good hour or so catching up with my mate Bernie. Next week we may well meet in the Dandy Cock, half way between. Feel free to join us.