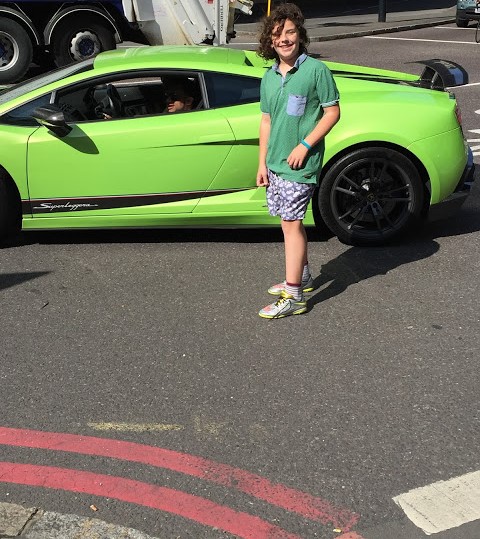 Before I start – does this happen in everyone’s house? We had just finished tea and I was outside when Ole came running out. ‘Look what she’s done!’ he shrieked. Meanwhile, from inside, ‘she’, better known as ‘Lady M’ was laughing at having taught her first born a valuable life lesson. Number one, do not put ice down the back of mum’s top. Number two, especially don’t put ice down the back of mum’s top when she has a ketchup bottle to hand. As Ole was busy removing his ketchup soaked top, the triumphant Lady M urged me to give him both barrels of the mayo and barbeque sauce.

Anyway, that brings me on to the subject of washing. As a result of Sally completely giving up the ghost in terms of who wears which underwear, Zac can now be seen in mine, Ole’s and occasionally his own. He has so far steered clear of Lady M’s, but it can only be a matter of time.

There have been a few questions about my most popular post regarding the Prom Bitch. In answer to your question, no I have not had an apology, and nor do I expect one. Let’s just say that there are certain things that appear to run in the family!

It’s been argumentative recently, mainly between Zac and Sally. She tries in vain to tidy his room, he does not really understand the fuss. “I’ve had enough!” she exclaimed after one particularly frustrating episode, to which Zac replied, “No – I’ve had enough”. Today he appeared to get the upper hand again. The conversation went something like this…

Sally eventually got up and after searching a number of places she finally found the hot glue gun, at which point Zac looked rather smug.

The Raven finished over a month ago, but I got a nice email from Underground Venues this week informing me that payment of £451 will be coming my way! That’s not bad considering they take 40% of the box office. For those that missed it there’s a rather shaky video courtesy of Lady M of the final show that was more ‘relaxed’ than the other three!

The last Whaley Warriors home game produced a fine pan of chicken & potato balti. Unfortunately that is the last of my home made balti sauce. That means the house is gonna stink of curry whilst I make some more. Want the recipe?

Sometimes, the myth can be so strong that it propagates itself. Sally sent an enquiry regarding the hire of a holiday cottage. She did not leave her name, just her email address, ladymadden1@gmail.com. So it came as no surprise when the reply came, and it began…

Of course, Lady M did nothing to dissuade the sender!

We had an interesting few days away last weekend, and for a variety of strange reasons. Firstly we headed for London, and our hotel was at the south end of Westminster Bridge. I have never driven through the centre of London before, but Zac was fascinated by the Lamborghinis and Bugattis that seemed to rival the taxis in terms of numbers.

He quite fancied this one that came to a stop at the traffic lights outside the hotel, and one day I think he might just get one! 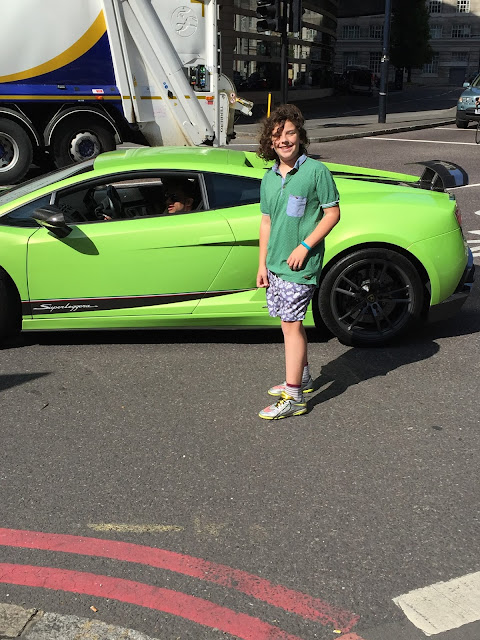