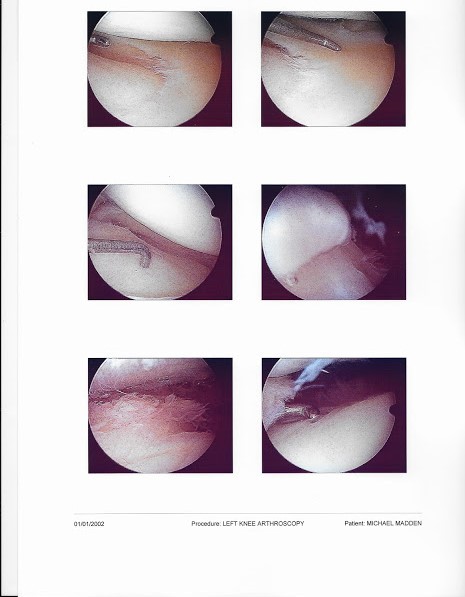 Saturday saw Zac’s long awaited driving experience. It was a bitterly cold day, and the 90 minute drive to deepest, darkest Staffordshire saw Zac fall asleep. When we got there it seemed somewhat disorganised, but he registered for his drive and we went outside to watch the action. There was a ten minute briefing session, actually it was just a video that proved to be out of date, and then we were ready. After about 20 minutes of standing around in the icy wind Zac’s name was called and he marched across to a bright yellow Lamborghini Gallardo. No lessons, just sit in the drive’s seat with an instructor to your left and off you go. It wasn’t even dual control. 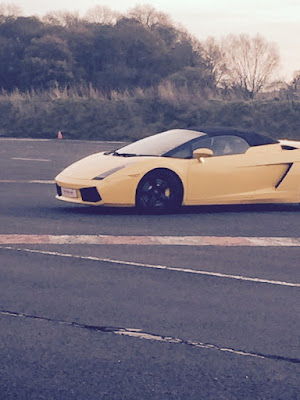 The driver had to tug the steering wheel to prevent Zac hitting several girls with clipboards and the barrier that separated the spectators from the track, but then they got going. Zac managed to steer onto the oval circuit that had a twisty bit at one end. He got overtaken by a Porsche and a Subaru, but after a couple of laps he seemed to have mastered the controls and he got some speed up. Now, he only managed about 50 miles per hour, (I am sure this increases depending upon who is listening), but he did manage to negotiate about six miles in a car that retails at around £150,000.

It was cold on Monday. Very cold. And my white car showed just how cold by illuminating not one but two warning lights. The first one was now familiar, telling me that the outside temperature had dropped to below five degrees. The second was quite different, a squiggly line below an exclamation mark enclosed by two brackets, all in bright yellow. I looked it up in the book, thinking that I was missing a snow handbrake or something equally important, but it actually meant that the tyre pressure system had detected reduced pressure in one of my tyres. It suggested that the display would tell me which one, but it didn’t. I had a look around, a quick kick, and they all seemed ok, so I carried on. Its having a service tomorrow – I’ll let the professionals deal with it.

D-Day is getting nearer. I saw my consultant on Monday, and we discussed the options for my knee. He said I could try a brace, but that would just be a temporary thing. He did some more straight leg x-rays, and told me that my left leg needed to be realigned by seven degrees. In my mind, the decision was made. The High Tibial Osteotomy (HTO) has a very good success rate, often halting the onset of osteoarthritis and giving ten plus years to the life of the knee. The prospect of wearing a brace that realigned the knee by that much was not one that I considered. The thought of moving it seven degrees, and having it revert by the same seven degrees every time I put the brace on or took it off, seemed more like a destabilising exercise. Anyway, those who are a bit squeamish should look away now, as these are the images from inside my knee, taken during my arthroscopy, that gave my surgeon the information he required. 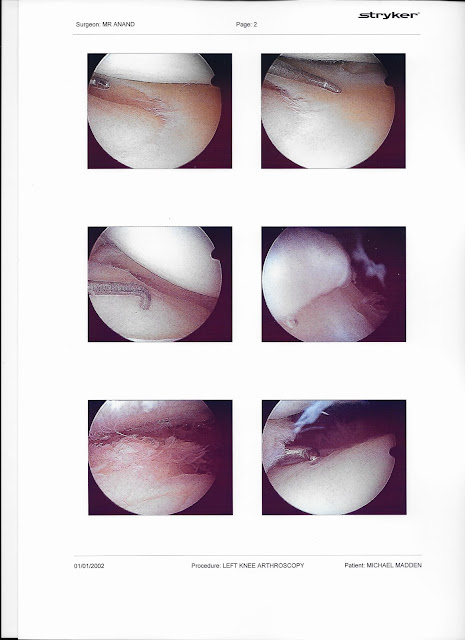 Ewww!
The operation itself is now scheduled for 4th December. Originally he told me it was weight bearing as much as could be tolerated from day one. Now he is kind of backtracking. Crutches for a couple of weeks, maybe. Maybe longer. Everyone’s different. Certainly no driving. Then he explained why. ‘We actually break your leg and then take a saw to it so that we can insert a titanium plate.’
And the dangers…’well the arteries are very close to the bone so there is a chance we could slice into them with the saw. We know when this happens because your foot quickly goes white.’ (Presumably there is also a lot of blood pissing out from the incision!) ‘Then we would have to get the vascular surgeons involved. Touch wood I haven’t done this so far!’

Touch wood?! I’d rather have something a bit more certain than that! He then mentioned the very slight possibility of something called compartmentalisation. As someone who can’t even watch Casualty I turned off at this point. Friday 4thDecember – can’t wait!

Amazing what you can get on the internet these days. First Christmas present for Pixie sorted. She will be pleased! 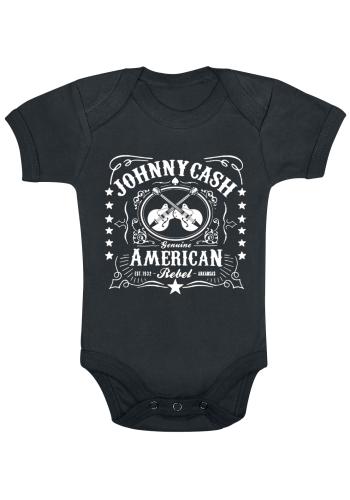 With The Apprentice, I’m A Celebrity, and various other high profile tv shows on at the moment, its no surprise that the televisual event of the year (if not longer) has somewhat gone under the radar. Fortunately you can still see it on Sky One Catch Up TV. It is episode 4 of After Hours, starring Ardal O’Hanlon. I say ‘starring Ardal O’Hanlon’, but really its all about the stunning extra work of Lady M. Of course, Ole and Ethan can be seen in the distance, but the allegedly reluctant Lady came to the fore in three separate shots. Steering the trolley in a manner reminiscent of Lewis Hamilton circumnavigating the streets of Monte Carlo, she kept Mr O’Hanlon on his toes as she rounded the juice aisle and headed for the milk. If she had been Elvis, no doubt her shopping trolley would have been on eBay by now, but she is far too shy and retiring to let that happen. Actually, has anyone checked the auction site listings recently? 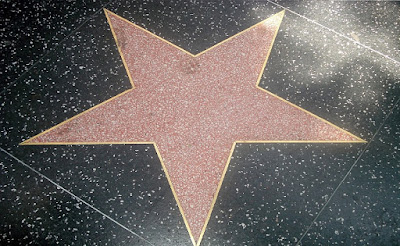 Just waiting for the inscription…
I don’t really put football in the blog, but I have to say that the Man United performance at home to PSV Eindhoven on Wednesday was truly awful. It made David Moyes seem positively adventurous, and Dave Sexton was sacked for playing football that was less dull than this game. The club should move for Pep Guardiola before its too late.
Thanksgiving came and went yesterday, but was marked in a special way by Zac. ‘I made the tea for me and Alex,’ he proudly announced. ‘What did you make?’ ‘Sausages in the microwave and oven chips. We didn’t have any micro chips so I got frozen ones and made them in the oven.’ He went on to explain how he managed this gastronomic feat. ‘I looked at the instructions and preheated the oven for about 2 minutes. I used the oven gloves and took them out after about 15 minutes. A few were not properly cooked but most were ok. I had a couple that were still cold. So its now official. I can make my own tea.’ I suspect the consumption of oven chips is about to go through the roof!
The disturbing sight of a couple of young girls kissing on the street caused Zac some concern this week, and of course he had an opinion on it. ‘They are only lesbians because they can’t get a man.’ I blame the sex education at Chapel School.
We drove past Memories Of India, and you may have noticed extensive work going on next door, in what used to be the taxi base. Zac was curious.
Zac: ‘What are they actually building there?’
Me: ‘A wine bar.’
Zac: ‘I guess mum will be spending a lot of time in there. Will it be posh?’
Me: ‘Well it will be ok I suppose. It will be a wine bar. In Whaley Bridge. So I guess it won’t be too fancy.’
Zac: ‘I reckon mum will be having a lot of nights out in there, with Jan and Helen.’

Ole’s gone out tonight. Round to his friend’s house, and then they are going for a Chinese. And somehow he expects me to pay for it! I’ve made tomato soup, barbeque pork and flapjacks today, There is plenty to eat, but he still expects me to pay for any food that he wants to eat at any time of the day. He’s got a lot to learn that boy!

Finally, Zac, concerned about the potential loss of limbs from terrorist bombings, decided that he would create some robotic arms. A noble cause but then it went a bit awry.
Zac: ‘I could win the Nobel peace prize.’
Me: ‘Don’t you mean the Nobel prize for science, or medicine?’
Zac: ‘Maybe, but then I could use the robotic arms to hold guns and other weapons. I could actually make a whole robot to go to war for me so none of my army ever get killed.’ A Bond plot perhaps?