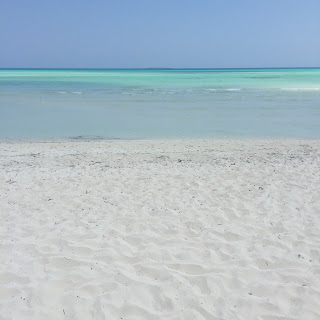 I’ll start this edition with a bizarre night in Manchester. Sally and I went to see my old mate Mike Sanchez and his backing band the Drugstore Cowboys, or is it The Portions? Anyway, I am Mike’s official biographer – see below, and as he was close to home we went along to Longsight Sports & Social Club. It was as the name sounds, and very friendly with it too. The dancefloor was full of people of all ages jiving away, and then it was time for the aperitif. The Drugstore Cowboys took to the stage playing their own brand of country rockabilly. The crowd suddenly went all reserved, and stood around the edges of the dancefloor at a respectable distance from the band. The Cowboys strutted their stuff and were given warm applause, but there were quite a lot of things to get through. First there was a raffle, during which Sally gave me a nudge and pointed out that the girl on the next table had a huge chest, and not one that looked like it was filled with doubloons. I honestly hadn’t spotted it! A short time later she gave me another nudge. ‘Have you noticed that the girl with the huge chest has tiny wrists?’ No – I definitely hadn’t spotted that. The raffle seemed to go on for ever, but perhaps not as long as the birthday celebrations that followed. A poor unfortunate reveller was blindfolded whilst all manner of things were done to him. Those who were there just for the night were getting restless, as was Mike Sanchez, but it all worked out in the end. Mike took his seat at his new piano, and then the Drugstore Cowboys swapped instruments and became The Portions to support him. It was his usual all action show, and if you’ve never seen him I can thoroughly recommend him. We will certainly be making the trip down to the Twinwood Festival in August where he will be backed by his full band, including the wonderful Martin Winning and Nick Lunt on sax. And whilst we are on the subject – its not too late to buy the authorised biography!

Some things are worth waiting a long time for. You never know when it will happen, but when it does you have to be ready as the moment may never come back. Here is a case in point…

Sally handed me some well known chocolate.
Me ‘what’s that?
Sally ‘Wispa’
So I did.
Hilarious!

And so the day arrived for us to head off for Cuba. Actually, the day before departure I tried to check in online on the Thomas Cook website but it wouldn’t let me. Ticket error was all it said. So I rang them. Although I rang them half an hour before their customer service was supposed to close, I got an automated message saying that they expected to be able to answer my call after they were due to close, so, very helpfully, they told me I would have to call back tomorrow! Customer Service? Not really. So I went on Live Chat. Sorry, no one is available for Live Chat at the moment. Thomas Cook were rapidly sinking in my estimation. Anyway, I persisted and eventually got someone to answer. There is a ticket error. Yes I know that – what does it mean. I don’t know – its something technical. You will have to check in at the airport. Great. Thanks for your help. Would I like to fill in a short survey on my customer experience? Too f*cking right I would. When I booked the holiday, back in January, the Thomas Cook website warned me that it had been upgraded and some functionality was not working. As I navigated around it three months later the same message appeared. As an IT consultant if that had happened on my watch I would be out of a job. Anyway, it was time for the fun to begin, but Zac was ill. However, with the prospect of a holiday he braved the minibus and managed some chips at the airport. The flight was an ordeal for him, suffering as he was with some kind of virus, but 9 hours of movies would make up for it. Thomas Cook, having already taken around £4k for the holiday, wanted an extra £3 for a headset and £4 for premium movies. Actually, that’s a bit harsh. They knocked £1 off if you bought both. It was definitely on the Ryannair side, Council House Caribbean as someone once said! (probably me). Zac improved a bit, and by the time we landed he had definitely perked up. However, things could have been improved.
Mum: How are you Zac?
Zac: I would have been better if we had flown Premium Economy as I would have had more space to stretch out.

A couple of nice beers on the coach to the hotel went down well, whilst at check in we were greeted with cheap plonk. Tripadvisor warned us that the rooms at the Sol Cayo Coco weren’t up to much, and they were right, but the setting was beautiful, with two Caribbean beaches to choose from. 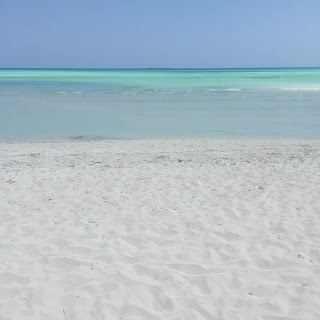 The were no Americans at the resort (yet) but plenty of Canadians, Brits and Germans. The Brits seemed to outdo the Germans in putting towels out early, whilst they were also at the front of the queue at reception with constant complaints. Drinks were served in minute plastic cups, which meant frequent trips to the bar, whilst the food was a choice between a long queue for freshly made pizza or grilled meat / fish, or take your chances with the pre prepared stuff. Think 1970s school dinners and you won’t be far wrong. Desserts seemed to be a disaster. It was as though they had just given up at this point, perhaps resigned to the fact that the delivery man had failed to deliver baking powder and sugar.

We took a trip snorkelling which was actually quite good for the Caribbean. 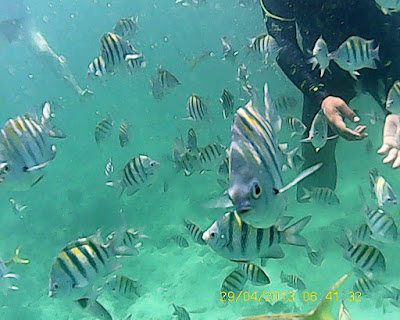 Not quite the Indian ocean, but ok, whilst another trip took us to a sister hotel on an open topped bus that could have been a mistake, After an hour the incessant wind gave way to random branches that threatened to scar or decapitate us, but we eventually arrived at Cayo Guillermo, and a better hotel than the one we were staying at. Especially the buffet!

A trip to Moron was an experience, but maybe not worth the effort. Crocodile farm? Well other than capturing this… 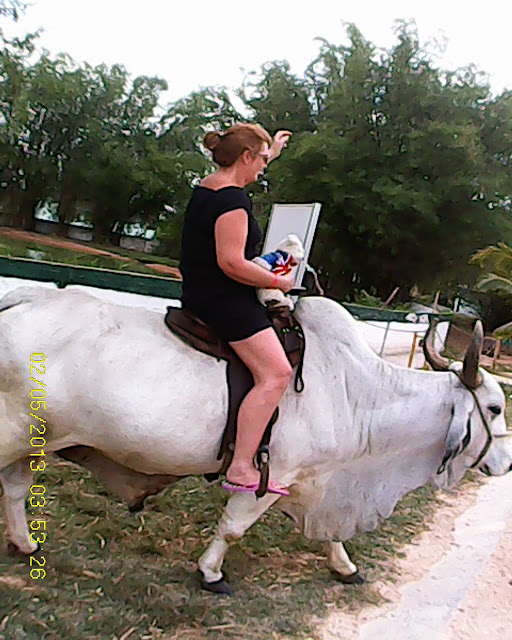 There were shenanigans at the hotel, a paedophile ring and a Columbian drug baron to name but two, though we later discovered that this was probably as a result of Helen’s over active imagination.

Sally spotted an entire group of Tweeters who seemed to co-ordinate their wardrobes on a daily basis, and when we pondered how she knew that they were advocates of this particular avenue of Social Media she corrected herself, They were actually Twitchers looking for rare bird species on the island. And with Helen, Sally, Amanda and Jan in residence they didn’t have to look far.

And speaking of Amanda, she claims to have been asked for evidence of her age before they would serve her alcohol, and they soon got it as she celebrated her 50th birthday. The spring chicken was definitely turning autumnal, and the hotel organised the celebration in their a la carte restaurant. It wasn’t exactly as they had promised, but then again, this is Cuba!

The heat and humidity eventually took its toll, with swollen bodies on display. Sally’s Cuban Foot was exceptional, in fact the last time I saw a foot like it the owner’s head had a horn sticking out of it!

The trip home was highlighted by incidents at reception where a couple were accused of stealing stuff. Of course, denials were issued along with threats to inform Tripadvisor. It seemed that the first stance of the hotel was to accuse, and for the guests had to prove otherwise. I’m not sure if this was indicative of the hotel itself, or the clientele that they attract. Who was it that mentioned Council House Caribbean?

Anyway, next year me and Zac are definitely flying Upper Class. 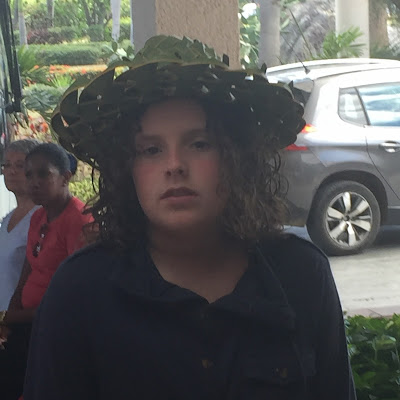 Here’s a puzzling one! Ole gets money to go to college every week. £50 is supposed to cover his train fares and his lunch. However, like many on the Whaley Bridge to Davenport line he doesn’t always pay as there is often no one to collect the money. So, imagine my surprise when he asked for an increase because the fare that he doesn’t pay has gone up. I guess that’s why he is doing A Level maths and I am not!

And so to the kitchen. The meringue didn’t last long. In fact, Sally didn’t even wait for it to fully cool down before picking it apart in search of the gooey centre. The previous Creole Cake was devoured in a hurry, so I started on another one, this time using Cointreau in place of Cherry Brandy and adding the zest of an orange. Five weeks and counting.

I’d never made meringue before, and it turned out quite well. So I tried my hand at vanilla slice. I remember going to proper cake shops as a kid and eating these as well as other fresh cream cakes. Would it be the gooey yellow vanilla, or the chocolate eclair? One thing that both had was a lot of flavour. Not the insipid white vanilla cream that you get these days. Anyway, mine are very vanillaey – and I suspect they wont last long. I also made some biscuits, and the arrival of all of these goodies prompted Sally to add her artistic touch with some photography. 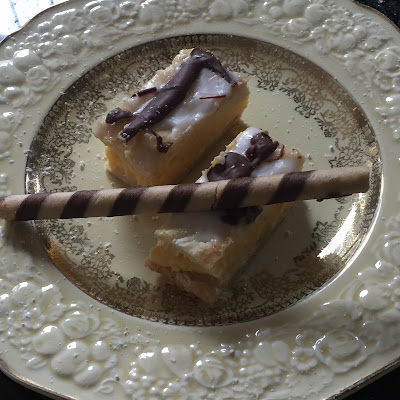 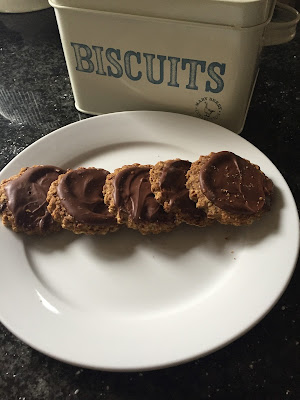 I received a response to my Tripadvisor review of Roomzzz in Nottingham telling me that the WIFI had now been upgraded (finally), I might try it one more time…

The Grand National had added significance, as minutes before the race Zac and Ole decided to invest. Zac went for Vics Canvas simply because it was 100/1. Ole went for The Last Samurai because it was one of the favourites and everyone else seemed to be backing it. As the horses headed for home Vics Canvas took the lead from The Last Samurai. It seemed that both would be in the money, though they unsportingly wanted each other’s horse to suffer a calamity on the run in. And it was then that Rule The World swept past them both and took the honours. Sally gloated as she had chosen the winner. Zac and Ole just wanted to know how much they had won. Paddy Power will be in business for years.

It was an exciting match for Whaley Bridge Under 12s this morning, as Whaley beat the league leaders to take command in the division. Maybe it was the adrenaline, maybe it was the euphoria. If it was neither of those we may have a serious problem as Zac refused a Freddo after his lunch. Update: The Freddo has since been consumed – panic over.

I was looking for a sharp knife in the kitchen drawer, and I found a packet of wine bottle stoppers. You know the kind – you use them to put in the top of a bottle of wine if you haven’t finished it. The packet was completely untouched, the stoppers have never been required – not a great surprise.

Interesting meeting last week at the High Peak Business Club breakfast meeting. It was hosted by the remarkable Edwina Currie and featured a fascinating presentation by Maggie Porteous of The John Lewis Partnership.

Can’t wait to see the pictures!