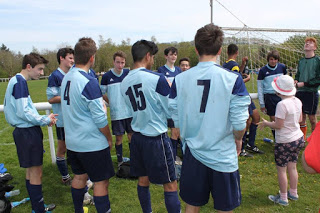 Its been a busy few weeks – not even had any time to update this blog. And in the near future it looks like its going to get even busier! Could be off to Washington DC again, including a day trip to Toronto. Hopefully it will be all worth it in the end.

Of course, when you are busy your health can suffer, and when I saw my physio today she advised me that the swelling in my knee was a flare up through doing too much. Particularly cricket, and particularly batting. Well what can I say? I’ve got an average almost as big as my age (over 50), and on Saturday I batted for about 45 minutes with Ole as we put together a match winning partnership. So I guess I’ll have to bat left handed!

My sister Fiona got bitten by a dog, and yes I do think that this is as funny as you might imagine. Its caused a bit of a furore, and no doubt there will be compensation and retribution involved. In fact, I think she expects the dog to suffer the same fate as that gorilla.

So what’s been happening? Well, Zac, mainly. He went to a party at a jumping place in Handforth. All was well until it was time to leave and he realised he had dropped his inhaler in the ball pool. Of course, that was the cue for a mass invasion of the ball pool, and little round plastic balls being thrown everywhere. The inhaler was found, and Sally made a sharp exit amongst mumbled apologies.

Zac has also taken an interest in life insurance. I told him that if you break a leg you could only get a few hundred pounds at the most, but as ever, he has a plan. He suggested that you could pay a doctor to say that you have broken every bone in your body and you are lucky to be alive. Next day a cheque for half a million would arrive on your doorstep.

Unsurprisingly he has been grounded more than once, but it has had no effect. So I struck a deal. When my phone contract is up for renewal in January he can have my old phone, but every time he is naughty I will add a day onto the date that he gets it. Starting at zero, I would subtract 1 for every misdemeanour, and there were no additions. After three days he was on -8 and barred from his X-Box for five days. Back to the drawing board.

It has been a great month for kids football, with both Ole and Zac winning their respective leagues. Trophies galore, and junior presentation night should be entertaining at Whaley Club. 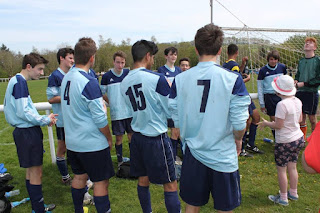 Meg gives her congratulations to Whaley Bridge Under 17s 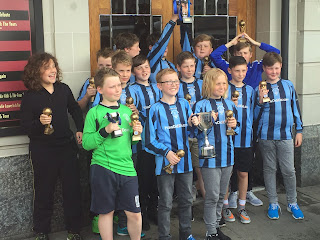 Whaley Bridge Under 12s pick up their silverware

Back to Zac again, and a bit of a mystery about his maths homework. John Jodrell tipped me off as Lewis had to have his in the following day, and there was no sign of Zac doing any. ‘Are you in the same class as Lewis?’ I asked. ‘Yes’. ‘Well his homework has to be in tomorrow. Where’s yours?’ ‘Its at school.’ ‘What do you mean?’ ‘Well its a long story…’ Anyone got a number for Supernanny?

The next story involves Meg, and Zac! Zac was supposed to escort Meg onto and off the school bus and bring her to our house. As an aside I received a text from Chapel School earlier in the day stating that there had been a small fire but everyone was safe. My first instinct was ‘what’s he done now?’ but it wasn’t actually him. He arrived home, but without Meg. ‘So where is she?’ ‘We had a fire at school. Must have lost her in the excitement.’ ‘Was she on your bus?’ ‘Don’t know.’ Fortunately Sally had anticpated this kind of thing and met Meg at the bus stop.

We had a nice treat when Pixie came round and stayed for a couple of days. She settled in well. Very chilled. Loves bouncing, strawberries, and vanilla slices. 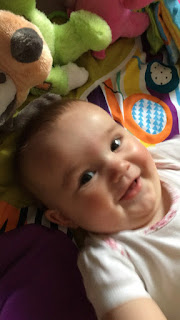 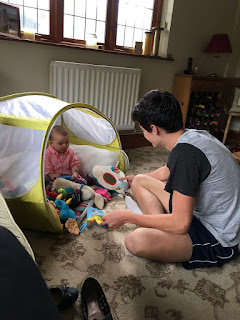 Ive managed to get somewhere with the Rock & Roll musical. Five songs constructed and a good idea of the plot. Maybe next year…

Its barbeque season, and smoked cod loin and fresh tuna have already been on the menu. As have king prawns placed on foil with chilli, coriander and garlic oil. Leave them until they sizzle. We’ve also had plenty of marinated chicken (so easy, and so tender), and tonight I will unleash my new toy – a smoke box with apple and hickory wood chips. Today is an experiment before the pulled pork gets the full treatment on Sunday.

The latest orange infused Creole Cake is just as moist as the previous one. Not overpoweringly orangey – but the taste is there. Should have perfected this in time for Christmas.

My credit card got hacked again. What a pain that is. Cancelling everything and then having to set up new payment details for the likes of eBay, Amazon, etc. Maybe that’s the problem in the first place?!

In an attempt to focus Zac’s mind I have started teaching him COBOL. We’ve got as far as data (i.e. chapter 1) and we already have an attention span issue.

Finally, there’s the vote later this month. To Leave Or Not To Leave? That is the question.

Here’s an article extolling the virtues of voting out…

And here’s the opposite view…

I’ve come to the conclusion that nobody actually knows! To Brexit or not to Brexit – that is the question. We could revisit the reasons for joining in the first place, but the world has changed a lot since then. I’ve heard that leaving will be an economic disaster, and I’ve heard that we will become a new global superpower without the millstone of the EU. I’ve heard that the EU has prevented WW3 but we survived 20odd years without one prior to joining. I’ve heard that a joined up EU will prevent terrorism (tell that to Paris, Brussels, London, etc) and I’ve heard that closing our borders is the best policy. So really, no one knows, because no one has done it before. And really, if we left would you trust the politicians to do it properly, or will some behind the scenes links still exist to feather their nests (well they’ve got to make up for the expenses shortfall somehow). The only people who will definitely profit from a Brexit are the sign writers. So do your own research, toss a coin, ignore the political rhetoric, and hang on to your hats!