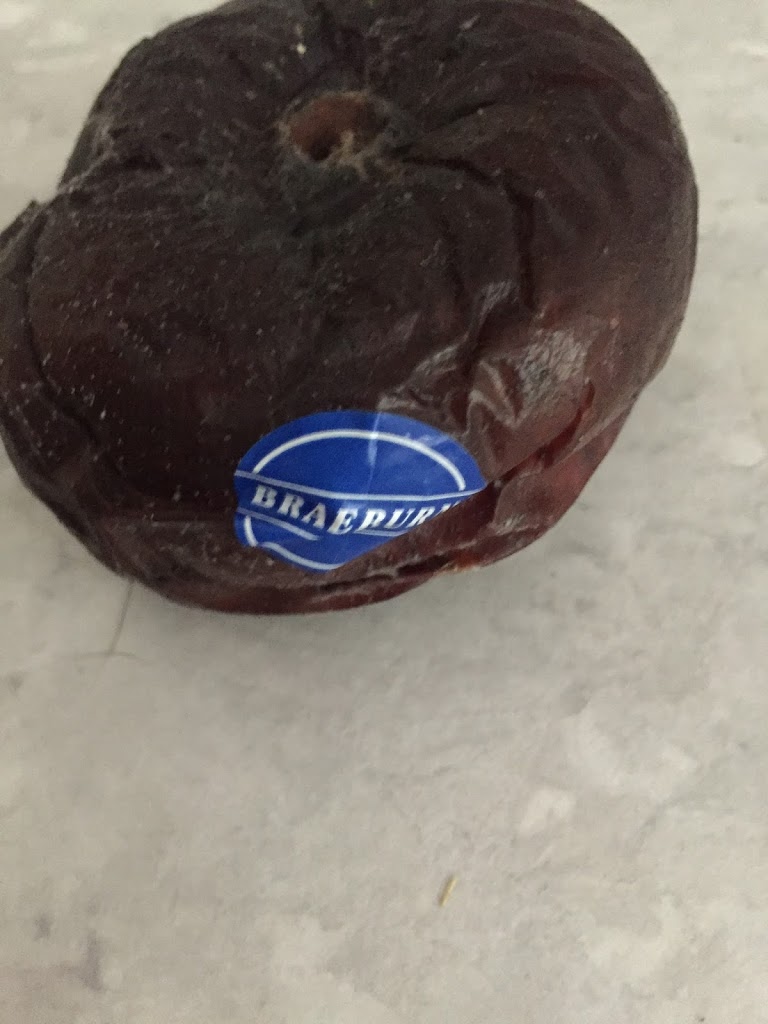 The US, student finance and Three Customer Service – the world’s gone mad

Well – I am going to start by saying that the USA has officially lost it. I have been following their politics since the election, and it is clear that they just can’t get on with each other. The right says one thing and the left, to a man, are up in arms, and vice versa. There is no bipartisan middle ground. The latest saga is about NFL players kneeling during the national anthem. The president said they should be fired for disrespecting the flag. He even went so far as to call them sons of bitches. Hardly presidential, but that level of entertainment is what we have come to expect from the leader of the free world. So then the Democrats went after him. First amendment, draft dodger, its their right, etc. Then the Republicans fought back. Overpaid millionaires, they should remember who pays their wages (actually those last two could equally be applied to Trump!). They cited Antonio Cromartie as proof because he got sacked for disrespecting the anthem like it just happened, but that was a year ago. Not to be outdone, the Dems photoshopped a picture of Trump not saluting the flag and the senate not standing (ok – this was real but it wasn’t the actual senate – just New York). Then there are the consipracy theorists who think that every time the Russia investigation gets close the president uses diversionary tactics, and the NFL was certainly a huge diversion. In the meantime, a hurricane hit Puerto Rico with disastrous consequences for the 3.5m Americans living there and Trump has certainly paid more attention to the NFL than to that humanitarian crisis. However, that is just based on Twitter – I don’t profess to know what he is doing behind the scenes! And that is kind of the point – there is so much spin from both sides that it is impossible to tell what is real. One thing is for sure, as a soap opera its much better than Corrie or Eastenders!

The junior football season has started, and it is quite a relief that there is just the one game to worry about each weekend. Of course, with Zac involved there is always entertainment, and in a recent drubbing he had two hands on the ball when the opposing striker kicked it off him and passed to a teammate who scored. Zac went into full on tantrum mode, pounding the floor and telling the referee in no uncertain terms that he had both hands on the ball. A short time later he collected the ball, held it above his head and shouted, ‘Look – two hands’. Fortunately the somewhat ageing ref was looking the other way, otherwise a red card might have appeared. Afterwards Zac was unrepentant. ‘How is he even allowed to ref? He is senile.’ He has a lot to learn and it could be a long season!

Meanwhile, the cricket season came to a predictably damp end, though the seconds actually managed to fit a game in which kept us out of the pub until 7pm. Russell’s reasonably accomplished ukele playing was rather harshly ridiculed, but I don’t think that will deter him!

The first review of Elvis Under The Covers appeared on Amazon, and its quite a good one. Mr Palmer obviously has taste…Great read for anyone interested in Elvis or the history of the music business. Very thorough and great insight with the use of interviews with the people who have covered Elvis song through the years. I love this book!

The Kindle edition is on free promotion this weekend, and it has had a positive effect. It has reached number 3 on the UK free music chart and number 1 on the same chart in France where it has a certain je ne sais quoi! The US are a bit slow to respond – only at 11 over there! 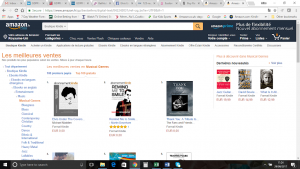 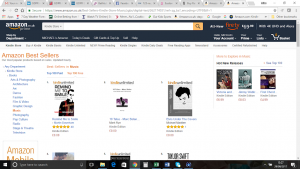 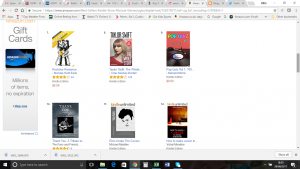 Guess what? I always thought that paying extra for upper class flights was because of the service, comfort, priority, lounge, etc. Turns out its actually safer too! The seatbelt has an airbag in it! What price do you put on your safety?!
The Whaley Bridge Cricket Club trip went to Frankfurt last weekend – and it was a much smaller affair than the halcyon days of 20 plus revellers, frequent visits to the hotel manager’s office, and the general chaos that ensues when trying to herd cats. Maybe they will return, but for 2017 just 5 of us set off, taking breakfast at the wonderful Cafe 110. Actually there were only 4 of us at this stage – our fifth member met us at the airport. The trip to the airport was a sober affair – as the bus driver banned alcohol. That wouldn’t have gone down well in days gone by, and we wont be making that mistake again.The guessing games still work – even convincing someone that was convinced we were going to Frankfurt that we were not going to Frankfurt. As it turns out, Frankfurt is a bit smelly. Someone needs to sort the drains out. Someone also needs to sort the karaoke out! Definitely not PC! 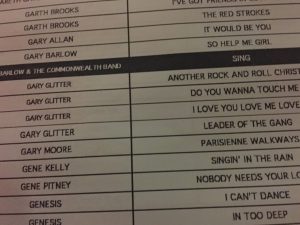 We spent a pleasant afternoon in Waxy’s Irish Bar (when in Rome…) discussing the merits of Chesters not being able to charge his phone because he hadn’t left the room key in the electric slot, and discovering the phrase ‘unsolicited back story’ which completely replaces the concept of body language! Perhaps the funniest item occurred when we were sat on the plane ready to return. Chesters, again, asked when it was that the 4pm Sunday kick offs had been changed to 5pm? I will let you work that one out.
Next year – who knows – but there is sufficient interest to mark the end of the cricket season with a regular excursion abroad – watch this space.
I’m working on GDPR at the moment – the data protection regulations. I would have thought that most big companies would be well on the way to compliance by now (the deadline is May 2018). Well, I got a marketing SMS from EE this week – telling me to text STOP to 1234 to opt out. I was sure I had already done this – and sure enough I had done the very same thing in February.
The conversation went like this…
Why are you sending me SMS messages when I opted out?
Because you upgraded your contract.
I didn’t opt in to marketing so why are you doing it?
I am sorry sir, I will make sure you are opted out.
That’s not the point – why did you opt me in?
Very sorry sir, I have put a note on your account and you will not receive any more marketing from us.
If I do I will go straight to the ICO.
Very good sir.
Was that the end of it? Not at all. The next day I got a marketing email. Seems that was automatic too. Honestly, these firms are in for a real shock. It would be remiss of me to let this kind of thing slip by unnoticed, after all, whats an occasional text or email? The point is that they have my data. They are using it for a purpose that I haven’t agreed to. Today marketing, tomorrow – identity theft. Can’t wait for May. I will be going after all of them!
Ole has ventured off to Salford University, and honestly, in the last 2 weeks I have spoken to him more than in the past 5 years! First of all he set off with a car load of stuff on a Saturday morning. And of course I went the following day with a car load of stuff that he had forgotten. He needed a book that arrived by post, so I posted it on to him. Took him 4 days to figure out where the university post box is. Then there was the bank account conversations! Ole’s grant is around £1296 per term – a little over £100 per week. We said he could have £80 and the rest would be for accommodation. But, he wanted the £80 to be paid weekly rather than in one lump sum. I thought that this would be because he didn’t want to overspend – but no. Quite the opposite. He didn’t want to underspend and get to the end of term with £500 in his account.
His first lecture was last Monday. He missed his first lecture on Tuesday, and then he moaned that he has at least one lecture every day so he couldn’t possibly get a job. His mum cancelled his driving test for him, and he still cant budget.
How much have I got in my account?
About £27
I thought I had £57 – where has the rest gone?
New Look, Peachy Keens and Spotify
Then it went quiet.
All quiet on the Zac front? Not really – he has been at the physio as he seems to have inherited my dodgy knees! A bit of strapping and some exercise seems to have done the trick, and he is enjoying the peace and quiet without his older brother. However, the opportunity to clean came with the departure of Ole, and of course Zac’s room got swept up into the process. It is clear that Zac has become quite creative in his hiding places for unwanted fruit. We found some raisins in Ole’s room. We never give Zac raisins. These would have been grapes at one time that he secreted away in Ole’s drawers. Then there was this… 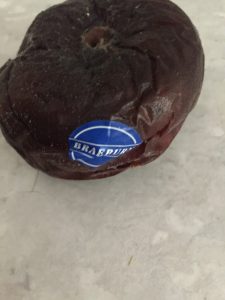