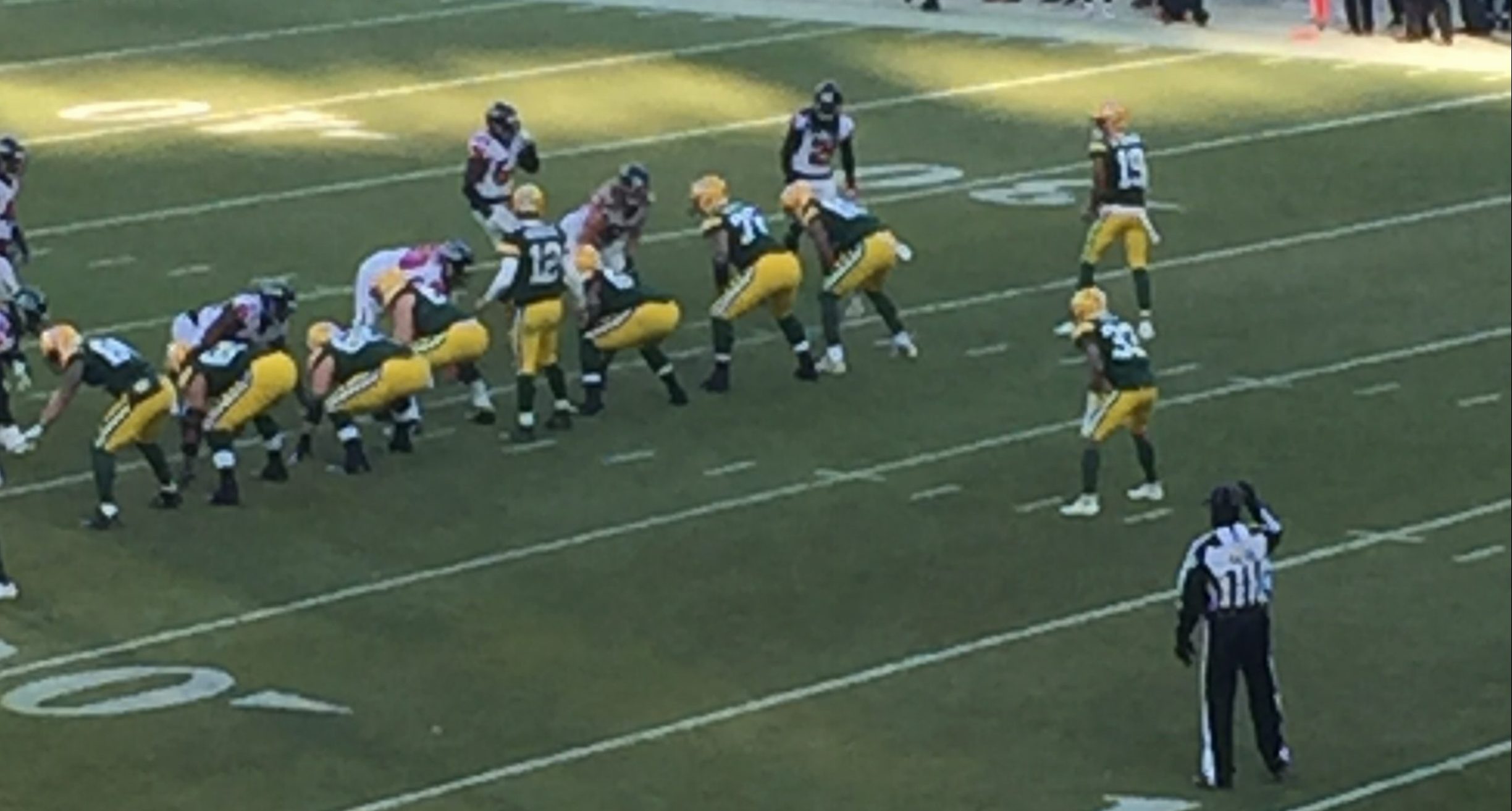 Well, the season has still got some settling down to do! There was at least some signs of quarterbacks shaking off the rust, but injuries to Drew Brees and Ben Roethlisberger could change a lot!

The Bucs D impressed, and although Cleveland got a win I am still not convinced that they will live up to the hype. The Bengals and the Giants are both in a hole that they will struggle to climb out of – can Cincy fluke a couple of wins before AJ Green returns, and NY have finally made the call to introduce Jones as a starter.

No change in play off predictions just yet – but that could be one week away as the Bills host the Bengals.

Predictions total of 9-7 with one correct margin – I’ll take that in a difficult early season week!

Buccaneers 20 Panthers 17
I predicted a healthy Panthers win, but this game confirmed that Cam Newton is a long way from his best. The Bucs deserved the win, and their D is much improved, but I still see them as a less than 50% win team.

Cardinals 17 Ravens 23
Credit to the Cards for keeping this closer than the 17 points I predicted! The Ravens quietly impressive again, but there seems too much reliance on Lamar Jackson. The Cardinals have David Johnson and they need to use him more, with only 11 rushing attempts in total.

Bills 28 Giants 14
Two picks for Manning and the Giants are in a hole, as was my prediction of Giants by 10. This is the kind of game you expect them to win in front of a home crowd, but it was never in doubt after the first quarter, despite Saquon Barkley. The Bills have won back to back road games, but its hardly a mammoth trip to New York! Some commentators see the Bills as realistic challengers to the Patriots. I don’t!

Cowboys 31 Redskins 21
I thought the Redskins would keep this one closer, but with Elliott passing 100 yards and Prescott throwing for 3 TDs it would have needed more than 25 yards from AP to trouble the Cowboys. Long season ahead for the Skins. Dallas could be genuine contenders, especially with an injury to NFC rival QB Brees.

Colts 19 Titans 17
I found this result a bit of a surprise, with Luck out and the Titans winning big last week. With Vinatieri’s woes at kicker this should have been nailed on for the Titans, but poor game management and a missed field gold cost them dear. The AFC South is a wide open division that will allow a sub-standard team to reach the play offs.

Jaguars 12 Texans 13
The Jaguars kept this closer than I thought they would, but when your stand in QB is also your leading rusher it does not bode well. The Texans were obviously not much better, and the jury is definitely out on DeShaun Watson.

Chargers 10 Lions 13
Rivers and the Chargers definitely need Melvin Gordon back, despite the plaudits that Austin Ekeler is getting. Stafford and Rivers both continue to have strong arms, but neither looks to have the all round team to be genuine contenders.

Vikings 16 Packers 21
Vintage Rodgers should have sealed this early, especially with a 21 point lead, but the rest of the game showed that they are still a work in progress. However, with a favourable schedule they could easily build momentum going in to the colder months. The Vikings will always be stymied by Cousins, despite the shining light that is Dalvin Cook.

Patriots 43 Dolphins 0
The Pats could not quite match the winning margin of the Ravens last week, but I guess they will take 43 points. How long will Antonio Brown remain active and how bad will the points differential get for the Dolphins seem to be the only important questions from this game!

49ers 41 Bengals 17
The Bengals reverted to type here. It was always assumed they would concede a lot of points, but that they would also score a lot. With AJ Green still absent the running game fell apart, and the 49ers racked up tons of yards and the inevitable points. Is Jimmy G better than I thought? Possibly, but it was only the Bengals D that he shredded!

Seahawks 28 Steelers 26
Did someone say Seahawks by 2? Had to get one right! The Steelers lost Big Ben and Mason Rudolph did ok as his back up, but the Seahawks should have put this one to bed. Wilson had a good day – but the Seahawks have had an easy ride so far and will have tougher days than this.

Chiefs 28 Raiders 10
Just one point out! The Raiders started fast, but it soon became inevitable that the Chiefs would win by a distance. It was odd that the Raiders scored all of their points in the first quarter, and the Chiefs did the same in the second. What happened during the rest of the game must be a worry to the Chiefs but encouraging for the improving Raiders.

Bears 16 Broncos 14
I had the Broncos to edge this one, and although the Bears came out on top the doubts surrounding Trubisky remain. The Broncos D is about the only thing that they have got going for them right now, although Flacco came close to 300 yards, including the predictable interception.

Saints 9 Rams 27
Predicting a Rams win was easy enough, predicting the margin not so much. The loss of Brees is a huge one, and although Teddy Bridgewater is probably one of the better back ups around, the Saints season could be hanging by a thread by the time Brees returns. The Rams were less than impressive early on, though in the NFC West they have little to worry about.

Eagles 20 Falcons 24
Matt Ryan lost the interception contest 3-2 but won the game! However, they will have to get more production out of Freeman to supplement Julio Jones. Maybe the injury to Brees may just encourage them. The Eagles were just not firing, and they need to find a running game fast.

Browns 23 Jets 3
Got this badly wrong, but I’m still not buying in to the Browns hype. A massive game for OBJ, but a lot of that came on one play, and that flattered Mayfield too. The Jets imploded for the second week running, and this time they could not even build up a sizeable lead first. A long season ahead, and I wonder if Le’Veon Bell is having second thoughts?

Titans at Jaguars
Jaguars by 3
Fournette makes the difference as the Jags get their first win. Back to back losses for the Titans with Henry restricted by the home D.

Bengals at Bills
Bengals by 7
The unpredictable Bengals upset the Bills on the back of Dalton’s arm and an improved showing from Joe Mixon. The Bills haunted by penalties and the return of Week 1 INTs.

Dolphins at Cowboys
Cowboys by 50
Pick your margin. The Cowboys won’t hold back at home against the truly awful Dolphins. Expect them to reach at least 50, and Elliott to be at full steam.

Broncos at Green Bay
Packers by 17
Broncos kept it close against the Bears but that is probably because Chicago are poor on Offense. Don’t think it will be a similar story at Lambeau where Rodgers, Adams and Jones will dominate.

Falcons at Colts
Falcons by 3
Difficult one to call, but the Falcons will be buoyed by their win over the Eagles and can start to stake a claim on the NFC South. Big day for Freeman, not so for Jacoby Brissett.

Ravens at Chiefs
Chiefs by 7
Long periods without scoring were a worry for the Chiefs last week, and the Ravens are better than the Raiders. However, Mahomes will see it through in a battle of unbeaten teams as he gets the better of Lamar Jackson.

Raiders at Vikings
Vikings by 10
Vikings get a welcome boost at home to the Raiders. Expect a big day from Dalvin Cook as Cousins does enough for the W.

Jets at Patriots
Patriots by 32
Not quite the patsies of the Dolphins, but the Jets will be no match for Brady & co. Le’Veon Bell might do a bit better, but not enough to get anywhere near the rampant Patriots.

Lions at Eagles
Eagles by 10
Eagles smarting from a loss to Atlanta, but they will get back on track against a Lions team that upset the Chargers. Don’t expect too much from Stafford in a hostile Philly, but do expect Wentz to tighten up his throwing at home.

Panthers at Cardinals
Cardinals by 3
Another nail in the Panthers coffin as Kyler Murray outplays Cam Newton to get his first win.

Giants at Buccaneers
Giants by 6
The introduction of Daniel Jones can only be a good thing, and maybe that will signal the unleashing of Saquon Barkley. The Bucs beat the Panthers, but so might everyone else, and they will find this surprisingly tougher.

Texans at Chargers
Chargers by 8
Another tough one, but I think Rivers out throws Watson for a comfortable win. At this stage of the season the Chargers need it more, and home field advantage will see them ease to victory.

Saints at Seahawks
Seahawks by 10
Wilson at home dominates the Saints as we see just how far apart Brees and Bridgewater really are. Expect a big showing from Alvin Kamara, but it will be nowhere near enough at a notoriously difficult venue for travelling teams.

Steelers at 49ers
49ers by 6
I am not a big fan of Jimmy Garoppolo, but he should have enough to defeat a rudderless Steelers. Although they kept it close against the Seahawks, I see the Steelers going down fast from here on in.

Rams at Browns
Rams by 10
The Rams stuttered at times last week, but this will be a real test for the Browns myth. Gurley seems to be getting his mojo back, and that should be enough to see off Mayfield, Beckham and the rest of the overhyped Cleveland team.

Bears at Redskins
Redskins by 6
Trubisky again falls short against a Redskins team desperate to win under the surely temporary talents of Case Keenum. Rumours of unrest with AP may be laid to rest with one of Peterson’s increasingly rare game changing performances.