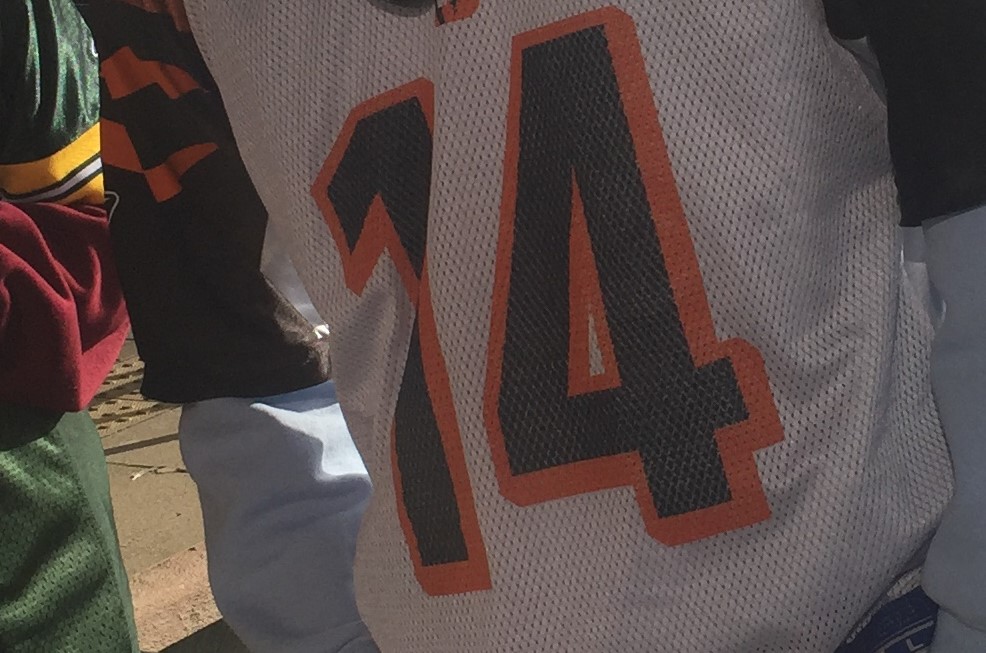 Its back! NFL Week 1 arrives after what seems like an age. The season starts on time, unaffected by the global pandemic. It will be interesting to see what games will be like without crowds; will that give the Jaguars an unfair advantage? Of course, Week 1 gives everyone the opportunity to predict how things will pan out, and at the start of the season everyone is equal. Personally, I cannot see beyond Mahomes, although I can also see several upsets along the way. The Cowboys could well dominate in the NFC, where Rodgers and the Packers will keep it close. The most competitive division looks to be the NFC West, with the weakest being the AFC South. So what do you think?

The Bills will be good enough on D to take this division, with Josh Allen just about delivering. Sam Darnold continues to improve, and just about makes a play off spot with an improved showing from Le’Veon Bell. The Patriots inevitable decline is hastened by the loss of key players in trades and Covid exclusions. Cam Newton gains a few wins but he is not the QB of old. The Dolphins look to switch to Tua, but this change will come too late to save their season. Howard and Breida fail to perform in the backfield.

The Ravens are heavily reliant on Jackson, and teams will get closer, but I still expect a stroll to the title. The Bengals make a surprise play off run on the arm of Joe Burrow and the welcome return of AJ Green. The Steelers D keeps them in the race despite a poor showing from Big Ben. The Browns still can’t weave all of their stars into a magical team as Baker Mayfield proves that he is not good enough at this level.

The Texans were not quite at the highest level last season and now they have got rid of Hopkins. Perhaps its fortunate for them that they are in the AFC South. The Titans manage second position but it is difficult to get excited about Ryan Tannehill. However, it is even harder to enthuse about an ageing Rivers in Indy. The Jaguars stumble from crisis to crisis and their play off run in 2017 seems like a distant memory.

Mahomes will probably be the league MVP and there are some already giving the Lombardi trophy to the Chiefs. Hard to see past them – maybe a suspect D? The Raiders are not good but they have the boost of a new home. On the down side they are still persevering with the inconsistent Derek Carr. The Broncos have a reasonable set of skill players, but its doubtful that Drew Lock can get the best out of them. The Chargers are in transition and may have a few good days but not too many.

The Cowboys will dominate this division with a new coach getting the best out of Prescott and Elliott. The Eagles are strong but there are huge doubts over Wentz at Quarterback. The Giants have Barkley but Daniel Jones needs a big step forward. Washington have no real backfield and a decidedly average group of QBs.

The Packers will again seal the title once Rodgers figures out who to throw to. The Vikings can be formidable, but I am not a fan of Kirk Cousins. They have lost Diggs but his production was on the wane. The Lions are pinning hopes on a big season for Matthew Stafford – but they have said that many times before. The Bears believe in Trubisky over Foles, I do not.

At some point Brees will fall off a cliff performance wise, and if that happens I doubt whether Jameis Winston can step up. However, whilst Brees is healthy they have nothing to worry about. The Panthers have given Teddy Bridgewater a well deserved chance and I think he will win more than his share of games. Ryan will continue to perform for the Falcons and it will be interesting to see what they can get out of Gurley. The Bucs have fallen into the trap of enticing big names, but Brady, Gronk and Fournette did not break any records last year and there is no reason to believe they will this year.

Definitely the hardest division to call. The Seahawks rely heavily upon Wilson and he will again steer them to a title. The 49ers D will win them plenty of games but I have less faith in Garoppolo. Aaron Donald will continue to dominate, but Goff could struggle. Kyler Murray takes another step up and would be much more successful in a different division.

Mahomes gets off to a flying start as Watson sees a long season ahead without Hopkins to aim for.

Confidence boost for Wentz against a Washington team that have stumbled for several years and don’t yet seem to have a way forward.

Cam Newton guides the Pats to an easy win as the debate around when Tua will start gains momentum.

Rodgers proves the value of an elite QB over Cousins.

The Colts get a boost from Rivers as the Jags look to secure the No 1 draft pick.

Stafford gets a strong start as Trubisky looks over his shoulder at Foles.

Closer than it could have been but the Bills defence holds firm.

Jackson hits form early as the Browns start looking for a rethink.

Wilson struggles to find form whereas Matt Ryan has no such problems helped by a healthy Todd Gurley (for now).

No Rivers and no joy for the Chargers, but Burrow gets his first W helped by the return of AJ Green and a powerhouse display from Mixon.

Promise from Kyler Murray but the 49ers D is too strong.

The assortment of big name signings cant cope with a fully fit Brees.

New coach McCarthy gets the best out of his undoubted array of talent as Goff continues his downward trajectory.

Jones started well last year and does the same here as questions mount against Big Ben.

Titans struggle in the rarefied atmosphere of Mile High as the Broncos running game shows strength.