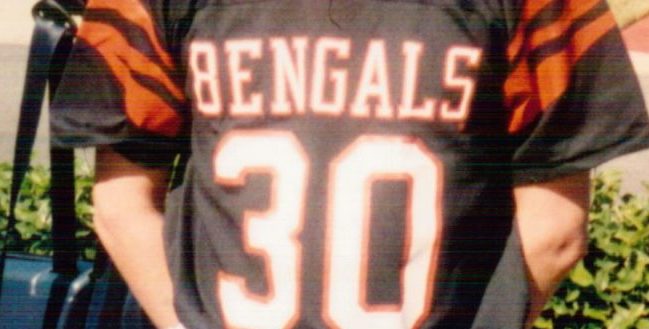 Sorry, 6-10 is somewhat of an embarrassment, but its week 1, and last year I didn’t even make predictions for that week. I am sure NFL Week 2 will be much better! So what did we learn? In the AFC the Chiefs and the Ravens will play out the Championship game. The Bills and Patriots put together good wins, and the Steelers surprised a few. The NFC is less clear. The Packers, Saints and Seahawks impressed, with the Rams showing they could be a force, although their game was probably decided by a dubious play call. The Bucs, Eagles and Lions all disappointed, and all find themselves under pressure in Week 2.

Regular readers will know that I believe the Superbowl can only be won by an elite Quarterback. So that leaves the following:-

These teams have elite Quarterbacks past their best!

These teams may have elite Quarterbacks, we just do not know yet!

This could go either way, and for opposite reasons. The Browns are the most hyped team of recent seasons and probably the biggest under achievers. The Bengals were the worst team in the league last year, but they have Burrow, Green and Mixon, so they must be better.

Minshew can’t do it two weeks running, and although the Titans are not great they should have enough here with Tannehill and Henry racking up the points.

Brady gets his first win as a Buc as he settles in to the new system. Panthers fall to 0-2 as Bridgewater keeps it close.

Big Ben comes through again on the back of a ferocious defense. The Broncos fail to make an impact on either side of the ball.

Kittle is a massive loss for the 49ers. You might think the same about Bell for the Jets, but it could be that the shackles are off without the big name distraction. Jets produce an upset as Garoppolo misses his targets and Darnold does just enough.

Another solid performance from the Bills as the Dolphins get one step closer to the Tua era. Josh Allen gives another all round performance.

Cousins to have one of his better days as Rivers struggles again without his number 1 RB.

Packers build on last week’s showing with a home blowout. Expect more from Aaron Jones, and the Packers D to be all over Stafford.

Cowboys bounce back from a dodgy call as Cooper and Elliott walk all over the hapless Falcons.

Jones proves that last week’s drive (that ultimately failed) was not a fluke. If he removes the takeaways from his game he could be a great QB. Trubisky is more like a journeyman, despite last week’s win, and he won’t cope with the Giants pass rush. Bears running game is the only thing that keeps it close.

No, Washington cannot do it again. Their D is above average, but that’s about it, and Kyler Murray should easily have enough to take the win with his new favourite receiver.

Chargers just about squeezed past the Bengals but now face the Chiefs who are Superbowl favourites. Expect a one-sided contest and a tough night for Tyrod Taylor.

It doesn’t get any easier for Houston against another AFC Championship contender. Jackson and the Ravens take control whilst Watson looks forward to Pittsburgh next week. David Johnson continues to improve.

Drew Brees uses all of his nous to spoil the Las Vegas party. Derek Carr proves that consistency is not his strong point.

Texans were outclassed and Mahomes did not have to be that good to triumph. If anything the Chiefs are even more potent with the addition of Edwards-Hilaire in the backfield. The Texans will have better days, especially if David Johnson builds on his good opening display.

Crazy game in which the Eagles appeared to be cruising, but Washington came back strongly. I do not think this indicates that Washington are better than expected, this is alarm bells in Philly!

Is it Tua time yet? The Patriots get an expected win with a conservative Cam Newton managing the game well.

Arguably the most impressive performance of the week as the Pack easily controlled their divisional rivals. Kirk Cousins proved the value of having an elite QB, which he is not.

Rivers easily outplayed by Gardner Minshew which is all you need to know about the outlook for the Colts this season. Jags fans can enjoy their early success as they won’t see much more of it!

That ol’ Matthew Stafford magic was alive briefly, but for the Lions to allow Trubisky to come back and beat them can only mean a long season ahead.

Great game that went back and forth. Bridgewater proved that he is worth a start, as did Derek Carr. We already knew that – but has he discovered consistency under the Las Vegas banner? Time will tell.

Predictable, but the loss of Bell may be costly. Darnold was disappointing but the Bills defense is bordering on elite.

Run of the mill blowout for the Ravens. The Browns are already under huge pressure to win their home opener.

I really gave the Falcons a chance, and although this is just one game I am writing them off. They stank the place out. Russell Wilson was outstanding – and that bodes well for the Seahawks.

The Bengals have definitely improved, and but for a questionable call and missed kick they could have at least sent this to overtime. However, they will need to give the number one pick more protection if they want to keep him healthy. The Chargers did well, but they will have much stiffer challenges ahead.

Could Kyler Murray be elite? Well it helps if you can throw to DeAndre Hopkins for more than 150 yards. Garoppolo kept the 49ers in it, but their much vaunted all round team were woefully short and they fell to the biggest upset of Week 1.

Did the Saints beat TB12 or did Father Time? There are those who will continue to back him, but for me the Bucs are trying to get one last hurrah out of a fading superstar. The Saints could go all the way, the Patriots will not.

Mike McCarthy has to take a lot of the heat for this. 4th and 3, 3 points behind, short field goal? No! He went for it citing the momentum it would have given his team. Its all about analytics. This proves that a football brain trumps analytics every time. He was right about momentum. The Cowboys never got it back and the Rams held on to a game that they should have lost.

This game turned on one play, when Daniel Jones proved that he has not got rid of those rookie mistakes. The Steelers pass rush is good, but they also bottled up Barkley. Jones needed to get rid of the ball more quickly, and that ultimately led to the interception that cost the Giants any chance of a comeback. Big Ben was rusty, with flashes of greatness, but overall he is on a downward spiral.

Broncos are definitely off my radar for any success after this. The Titans were not great, the Broncos were worse. If it wasn’t for the travails of the Titans’ kicker this would have been even more embarrassing.

Patriots showed enough to make a run for the play offs, but its still the Bills in pole position.

Browns stay rock bottom as the Steelers step up.

The Texans won’t face the Chiefs every week, and they have 6 games against the teams in their division!

No changes here, despite the Raiders good win.

Still can’t see past the Cowboys, but the Eagles defeat was a shock.

No change but this should be even easier for the Pack than I originally thought.

I’m dropping the Falcons and think there will be turmoil in Atlanta before too long.

49ers on the way down, Cardinals going in the opposite direction.